Eurozone finance ministers have agreed to extend further bailout loans to Greece as well as debt relief, in what they call a "major breakthrough". After late-night talks in Brussels, the ministers agreed to unlock 10.3bn euros in new loans. The move came two days after the Greek parliament approved another round of spending cuts and tax increases demanded by international creditors. Nick Malkoutzis, Editor of the economic analysis website macropolis.gr told Share Radio that lenders had to back down.
Published: Wed 25 May 2016
Listen Share Podcast

Hannah Maundrell from Money.co.uk joins Georgie Frost in the studio to discuss the biggest finance stories of the last 24 hours. On the agenda today, reaction to the first fracking in the UK for five years, why British firms are struggling to recruit skilled workers, rent prices are rising at a rate of knots and much more. Consuming Issues goes out with Georgie Frost every day from 9 to 12 on Share Radio.
Guest:

The International Monetary Fund has called for upfront and unconditional debt relief for Greece. The IMF says that without immediate action the financial plight of the recession-ravaged country would deteriorate dramatically over the coming decades. Nick Malkoutzis is editor of the economic analysis website macropolis.gr, and told Sarah Lowther that the report won't go down well amongst lenders.
Published: Tue 24 May 2016
Listen Share Podcast

Consuming Issues: The team from Money Fight Club joins @GECFrost in the studio to talk about bill switching, Ryanair and Prince

Today the founders of Money Fight Club -Lindsay Cook and Anne Caborn- talk about bill switching - will the new Better Markets Bill make it easier for people to switch energy suppliers and banks accounts. And, Ryanair are to set a price war after planning to cut fares by up to 12% in the next year. Plus, pop legend Prince apparently failed to leave a will...what can we learn from this?
Guests:

Consuming Issues: Do perks help you decide which job to take? Listen to Joe Wiggins

Do perks help you decide which job to take? Recruitment website Glassdoor, say that over a third of employees say perks and benefits are among their top consideration before accepting a new job. As most of us spend a majority of our waking hours at work, we want to enjoy our time in the office as much as we possibly can and so perks and benefits are an invaluable tool to help attract employees through the door. Joe Wiggins, Glassdoor's head of communications for Europe, spoke with Georgie.
Guest:

Consuming Issues: Is the traditional 9-5 job not the preferred option among the workforce anymore? Listen to Dan Collier

Today's workforce is more fragmented than previous generations. The traditional '9-5' job is not as favoured as it once was with other types of work arrangements quickly gaining in popularity. More and more people are choosing self-employment and temporary work for a better work-life balance. Temporary workers now make up a third of the average company’s work force. Dan Collier, chief executive of Elevate, spoke with Georgie.
Guest:

Consuming Issues: Is travel insurance really worth paying for? Listen to Daisy Parker

A growing number of us are travelling abroad without travel insurance. New figures show its as many as a quarter of us, with young people less likely to pay for the safety net when they go abroad. There's a small chance that a natural disaster or medical emergency is not going to ruin on your trip but is it really worth paying for? Daisy Parker from Abta spoke with Georgie.
Guest: 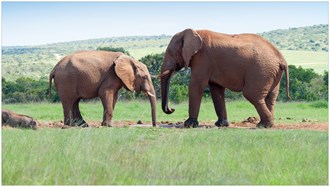 This is Conversations From Africa, Share Radio's weekly look at major news from across the African continent with Chris Bishop, Managing Editor of Forbes Africa Magazine & Share Radio reporter Patrick Jones. On today's show: A new policy for Uber in South Africa which was met with uproar from regular cab drivers, violence erupting in South Africa's Parliament due to the Economic Freedom Fighters, news of changes to interest rates in South Africa, news of a possible arrest for the Finance Minister Pravin Gordhan, a look at the Zimbabwe Flag movement & much more!
Published: Mon 23 May 2016
Listen Share Podcast

Share Radio's senior analyst Ed Bowsher joins Georgie Frost in the studio to discuss the biggest finance stories of the last 24 hours. On the agenda today, David Cameron and George Osborne warn a Brexit vote will cause a recession, shopping bills to rise by 200 pounds per year if we leave the EU, Ryanair to cut fares down to big profits and is cash being overtaken by debit card as the most popular method of payment. Consuming Issues goes out with Georgie Frost every day from 9 to 12 on Share Radio.
Guest: 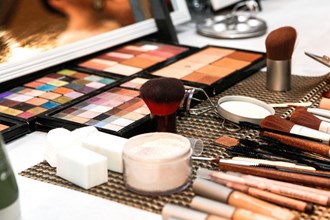 What's the secret that keeps the Beauty industry glowing when other sectors wrinkle? The Beauty UK Trade Fair was in Birmingham over the weekend, experts and industry professional gathered to see the latest products and developments inside the sector. Matt Cox has been looking at the Beauty industry's market defying growth at times, and asking how robust it really is underneath the face-mask. He spoke to retail analyst and expert Rodney Hobson to find out more...
Guest: