IEA: The economics of football 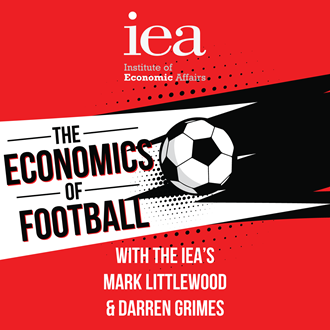 27 years after the founding of the Premier League, it would be difficult for anyone to argue that it is anything other than a great success story. It’s the poster boy for a global, open, free-trading Britain. The beautiful game and the English league is an incredibly successful export business. But players’ enormous salaries, and transfer fees of hundreds of millions of pounds are variously described as obscene, ludicrous and even unsustainable. Each year the eyewatering amount of money spent in the business is not merely sustained, it zooms upwards year after year. In 1981 fewer than ten first division English footballers earned more than £175,000 a year. Now, the average player commands 15 times that. But there are many that long for the post-war era of English football - the so-called halcyon days of the game - when footballers were skint and players might have only received £10 as a signing-on fee from a transfer worth £35,000 to the club. Are they justified in missing the romanticism of the game? Or is this a bygone era best forgotten about in the age of hyperglobalisation? Joining the IEA's Digital Manager Darren Grimes to discuss is Mark Littlewood, Director General of the IEA.
Guests: