How the banking sector's tackling the UK's £2m/day fraud problem 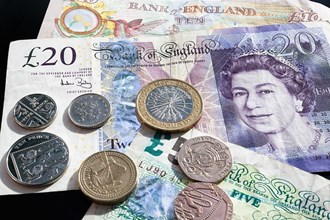 New figures show that financial fraud costs the UK around £2 million a day - or a total of £769 million in 2016. That's a small increase on 2015, and has prompted the UK's major banks and building societies to come together for Take Five Day, a national event to raise awareness of fraud. Share Radio's Sara Macham spoke to Jon Sacker from Financial Fraud Action UK, which published the figures.