How will Brexit affect the UK's aviation industry? 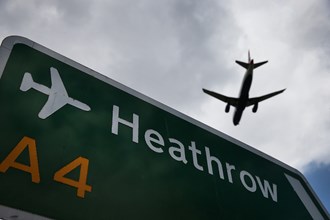 More Brexit worries surround the aviation industry, with Ryanair saying it will have to halt flights from the UK for weeks or months if Theresa May does not seal an early bilateral Brexit deal on international aviation. And the Spanish owner of Heathrow airport says uncertainty over the UK's exit from the EU has put a halt on future UK investment deals.