Is too much jargon putting off young job seekers? 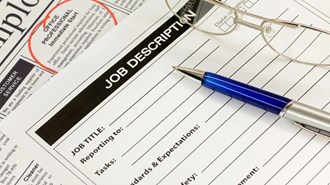 Complicated jargon could be putting many young job seekers off applying to vacancies according to research out today from the City and Guilds group. Terms such as 'fulfillment service' and 'KPIs' are amongst the most confusing with two thirds of young people claiming they don't understand the language used by employers in their job adverts. To find out more Share Radio's Sara Macham spoke to Michael Osbaldeston, special advisor at the City and Guilds Group.