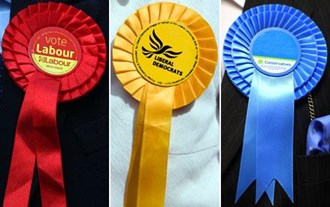 And they're off. Latest polls carried out in last two days gives Tories 24 point lead over Labour. the Labour leader will make his first big speech of the campaign later - insisting the result's not a "foregone conclusion". Jeremy Corbyn is promising 'not to play by the rules' of the establishment - if he's elected prime minister in June.