Morning Money: “It was a lot more hard-hitting” – Gerry Simpson on the Chilcot Inquiry findings 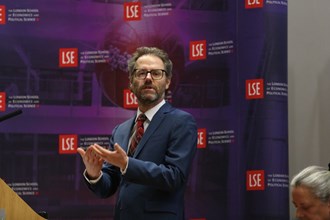 The long-awaited Chilcot Report, into the UK's role in the Iraq war, was released on Wednesday, nearly seven years after it was announced. Initial analysis of the report has been mostly positive, and Gerry Simpson, Chair in Public International Law at the London School of Economics, gave his take on the findings.