NEF: Can Populism Be Progressive? 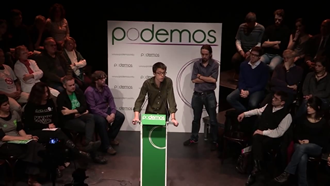 Jeremy Corbyn and Donald Trump; Erdogan in Turkey and the Five Star Movement in Italy; Podemos in Spain and Rodrigo Duterte in the Philippines. All of them have been described as populists. But what does ​‘populism’ actually mean? How can it include people with wildly different ideologies under the same umbrella? Is it possible to be a progressive populist – and even if it is, should progressives use that label? Ayeisha Thomas-Smith is joined by academic and writer Eliane Glaser, and Michael Walker from Novara Media.