Rupee ban hurts Indian economy – could the damage get worse? 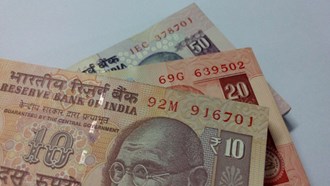 India's monetary credibility took a hit following the government's decision to remove large denomination notes from circulation one month ago. Prices in the country have reportedly collapsed and consumer sales fell by as much as 30% in November. Now, rating agency Fitch has cut its growth forecast for the country from 7.4% to 6.9% and some economists believe the damage could be even worse. Robert Van Egghen reports.