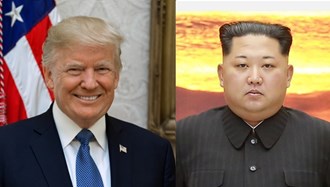 Tim Evans, Professor of Business and Political Economy at Middlesex University, looks at Trump's foreign policy, particularly with regard to North Korea and tearing up the Iran deal. He examines Britain's position on Galileo and the UK's plan to launch a rival, discusses Britain's first national private police force since the Georgian era and wonders what black cabbies will make of flying taxis.