The Weeks Update: From Russia with love 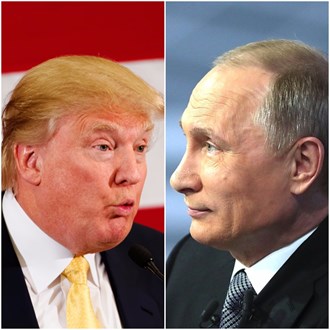 This is the Weeks Update - our catch-up with Share Radio's economic commentator Professor John Weeks. Inaugurations mark new chapters in American politics. When a would-be president steps up to take the Oath of Office, the entire country is meant to step up with them. Wounds of the campaign season should be healed, while attention turns to the road ahead. It's perhaps unprecedented though, for a ceremony to be shadowed by fears that the road may have been chosen by a foreign power. Donald Trump begins his presidency amidst allegations from all of America's intelligence agencies of Russian electoral inference. And yet it was only last week that Trump budged on continued scepticism of the US intelligence community's conclusions. Should the intelligence community - both in the US and here in the UK - be nervous about the new President's arrival? And what exactly does Russia want? As well as Professor Weeks, Share Radio's Simon Rose was joined by Sir David Omand, a former head of GCHQ, now visiting professor at King's College, London and a former UK Intelligence and Security Coordinator.
Published: Tue 10 Jan 2017
Schedule