The Weeks Update: The 2016 Presidential Pick 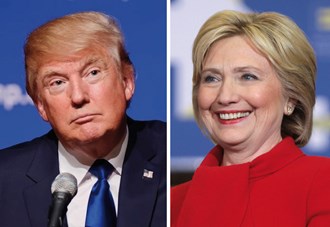 US presidential candidates Hillary Clinton and Donald Trump have been making last minute appeals to their supporters as the polls have opened to select the 45th leader of the world's biggest super power. Republican Donald Trump has fought an unconventional and at times highly controversial election campaign. He repeatedly accused his Democratic rival Hillary Clinton of criminal behaviour and even threatened to have her investigated if he wins power. Mrs Clinton condemned him as a misogynist unfit to hold office after Mr Trump was secretly recorded making lewd comments about women. Too often the banter and name calling has diverted attention away from the issues that the winner will have to deal with. There's the civil war in Syria, the battle to get the so-called Islamic State out of Iraq, and America's worsening relations with a newly resurgent Russia. Throw in the matter of globalization and how the benefits should be distributed - it isn't hard to see why whoever takes over at the White House will have their hands full. For more analysis, Share Radio's Juliette Foster was joined in the studio by Professor John Weeks, Share Radio's regular economics commentator and Jeff Faux of the Economic Policy Institute all the way from Washington.
Published: Tue 08 Nov 2016
Schedule