Will Theresa May endorse another Scottish referendum in late 2018? 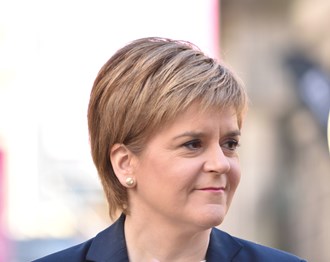 Government ministers have revealed a Scottish Referendum is now looking "inevitable". Nicola Sturgeon previously said another vote "makes common sense" and her party would be ready to hold it in late 2018. We spoke to our Scottish correspondent Maurice Smith to find out more.