Will Theresa May give in trying to prevent a second Scottish referendum? 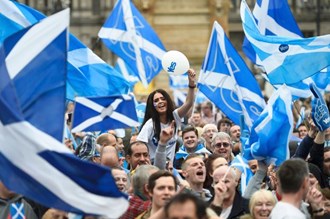 To go through all the political headlines this morning with Sarah Pennells was Share Radio's Political Correspondent, Colin Bloom. They started by discussing the Prime Minister insisting she wants every part of the UK to benefit from leaving the European Union. Theresa May will go to Wales later to meet first minister Carwyn Jones. Last week the PM dismissed calls for a second independence referendum for Scotland before the Brexit deal's finalised. Plus a police team has been set up to investigate crimes against MPs looked into more than 50 complaints in the six months after the murder of Jo Cox.