European leadership in need of direction

A single currency imposed before the countries of the European Union are ready for it … could cause the EU to disintegrate in the future.”

In March 1996 the European Union was just embarking on its great ‘European Monetary Union’ (EMU) experiment, encouraged by nearly 50 years of peaceful cooperation with the Common Market. They dipped into that post-war vision again, and this time they reached for the single currency

There was at least one major prophetic voice they should have listened to, but didn’t: Sir Martin Jacomb, writing in the Sunday Telegraph on 24th March 1996 – twenty-two years ago. His analysis was an extensive 1,900 words and you can find the full transcript here.

Sir Martin’s concerns for the Eurozone (as EMU is now known) are almost precisely mirrored by those of John Redwood for European markets today, as set out in last Saturday’s FT Money section:

Political leadership really is all over the place today. Just at the time when we need people who can cope with a world which is being pulled together by so many factors of modern life – technology, business, travel and migration - we are confronted with leaders who are so very busy defending their own back yards.

It’s therefore ironic that the image of the G7 leaders below was released by the German government, before being embellished (by us) with an imaginary quotation from John Bolton, President Trump’s National Security Adviser. 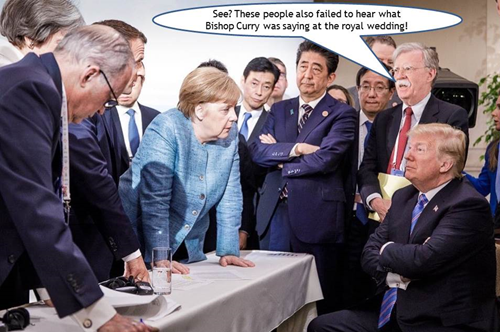 It reflects the tension and self-interest which is gripping political leaders and their electorates, and no doubt Bishop Curry did indeed have that in mind when he spoke a month ago at the royal wedding on the need for the ‘Power of Love’.

The international order is being driven by the power of fear and distrust, when it should be driven by the power of love and goodwill. If western democracies had spent more time bringing opportunity to the disadvantaged within their populations and moving towards a more egalitarian form of capitalism, this would not have happened.

The situation is deteriorating fast and, while much of it is due to Donald Trump - particularly trade protection and nasty anti-immigration policies - we have a fair dose of it here in Europe: in Italy and Hungary to name but two, and Germany is close to following them.

Some might say “but what about the United Kingdom and Brexit?”, but here I would take issue. That’s because it has always been clear that the UK wished to keep an arm’s-length relationship with the European Union, from Margaret Thatcher’s “No, No, No” to David Cameron’s “No ever closer union” in early 2016. The problem is that, as Sir Martin set out in his article, the Eurozone need for political integration - a single, democratically elected Eurozone government - is acute, and we were getting in the way.

This is what those ardent British Remainers who marched on the streets of London last Saturday don’t appreciate: that UK membership of the EU has jeopardised the stability of the Eurozone for the past two decades by repeatedly stopping that integration. Even at this very uncertain point in the Brexit negotiations, a survey published by The Share Centre shows more than twice the numbers of Remainers switching to leave than Leavers switching to remain.

President Macron realises the need for integration, but it is now an uphill struggle to deliver. Not only are the nationalist forces of Italy and others arrayed against him, but Germany shows no inclination of permitting it - and it is Germany who would have to provide the transfer of resources in order to enable, in Sir Martin’s words, politically driven distribution to counterbalance the polarisation of wealth as a result of the magnetic effect of economic centres.

We therefore have a serious shortage of leaders in Europe who can see beyond the narrow confines of their own electorate. Unfortunately the same applies across the Atlantic, as Donald Trump lurches from one catastrophe to another: just in this last week, the forced separation of migrant children from their families and the imposition of vindictive import duties on European cars. If there is a quick way to make America small again, Donald Trump is searching hard to find it.

So there is a desperate need to develop better quality political leaders throughout Western democracies. That’s why it’s good to welcome Colin Bloom’s initiative in launching the Wilberforce Alliance in order to inspire and equip men and women to make public life and politics better.

Long-term listeners to Share Radio may remember that Colin used to present Share Politics each weekend, bringing his insight to bear on the Westminster village. He was then in the senior team at the Conservative party, following his leadership of the Conservative Christian Fellowship.

It’s always difficult establishing a new enterprise, especially when it’s directed for the greater good, and Colin would much appreciate any help you can give. So do check out The Wilberforce Alliance website, and consider any assistance you might be able to provide.

Needless to say, his venture takes its inspiration from William Wilberforce, the visionary politician who abolished slave trading in the early 19th century. He would have understood fully Bishop Michael Curry’s call for the power of love in the corridors of power.

Let’s hope it can infuse rather more of today’s leaders, too. 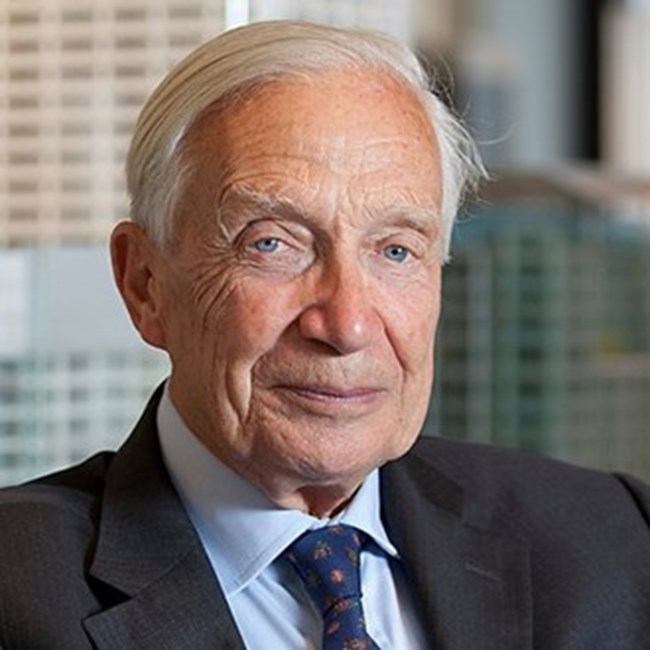 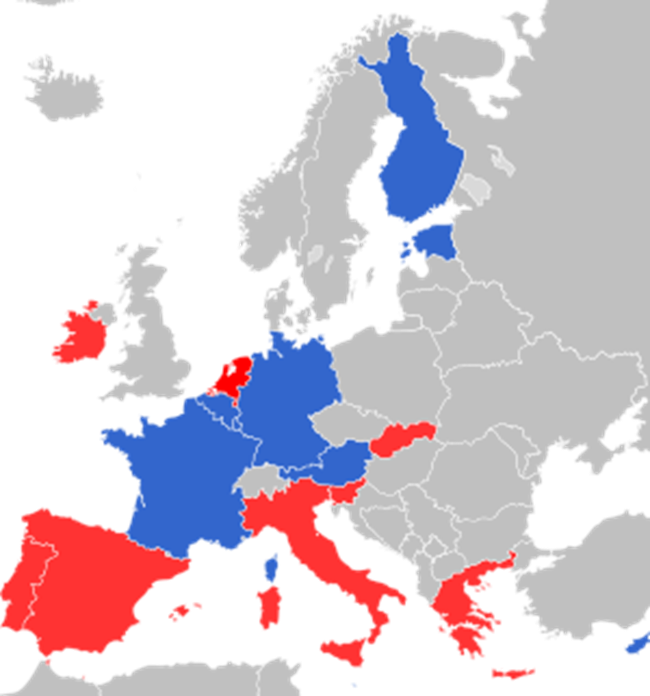 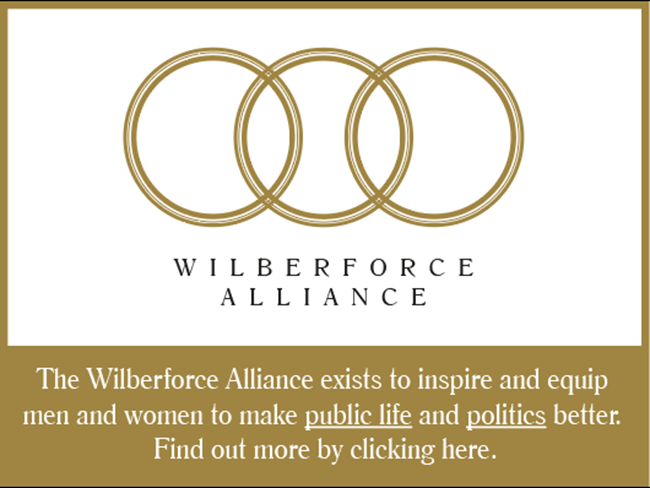