The Weeks Update: A stalling sub-Sahara 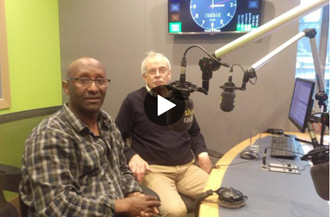 Sub-Saharan Africa is on course for weak economic growth by the end of the year - according to recent IMF figures. Regional GDP in 2015 was 3.5%, the lowest in fifteen years although it could shrink to 3% by the end of the year. The sharp fall in commodity prices hasn't helped especially for countries like Nigeria and Angola, which make their wealth from exporting oil. In contrast, oil-importing countries like Ivory Coast, Kenya and Senegal have seen their GDP rise by 5% or more thanks to infrastructure investment and strong private consumption. So what are Sub-Saharan Africa's prospects? Does the overall weakness prove the area's recent growth momentum has stalled? Alemayehu Geda is Professor of Economics at the University of Addis Ababa and he joined Share Radio's Juliette Foster in the studio along with Professor John Weeks, Share Radio's regular economics commentator.
Published: Tue 01 Nov 2016
Schedule