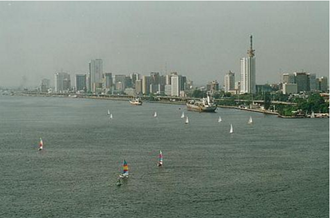 The situation for many African countries has been buffered by the dramatic fall in commodity prices or China's economic slowdown. For example Nigeria, which draws the bulk of its wealth from oil revenue, has seen its economy slip into recession following the drop in the price of crude. The irony is that nearly a decade ago many Sub Saharan African countries were thriving as developed economies wrestled with the fallout of the 2008 global financial crisis. So why have African countries fallen off the rails and what do they need to do to get back on track? Doctor Howard Stein is a Professor in Afro American and African Studies at the University of Michigan. He joined Share Radio's Juliette Foster in the studio with Professor John Weeks, Share Radio's regular economics commentator.
Published: Tue 25 Oct 2016
Schedule