The Weeks Update: The IMF & funds for countries hit by disaster, with John Weeks & Tim Jones 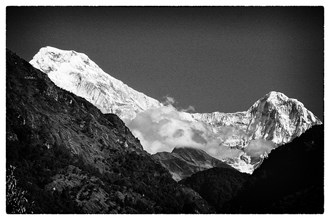 April marks the first anniversary of the Nepalese earthquake, which killed over eight thousand people and injured more than twenty one thousand others. After the disaster the International Monetary Fund told the Nepalese authorities they would have to pay back the $3.5 billion of debt the country owes to its creditors. The IMF said the money can't be written off because Nepal doesn't qualify for relief from a special fund for countries hit by natural disasters. That decision outraged anti debt campaigners who claim that wealthy states are often responsible for the financial problems of poorer countries. For example Mozambique's debt, which is priced in currencies like the Dollar, has ballooned because of the weak exchange rate, forcing the government to use 13% of its revenue to pay back what it owes. So is it time for the creditors to ease up on the indebted? Tim Jones, of the "Jubilee Debt Campaign", joins Juliette Foster in the studio along with Professor John Weeks, Share Radio's regular economics commentator.
Published: Tue 22 Mar 2016
Schedule