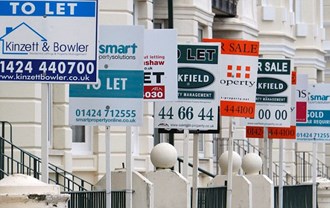 Almost half of young people in the UK think it's harder than ever before to get on the property ladder. A fifth have told a survey by Halifax they'd be prepared to leave the country in order to buy their own home. Just over a quarter of 18 to 34-year-olds think they'll never have their own property, and one in eight reckon they'll be renting forever. So is home-ownership really out of reach for young buyers? Or is this just pessimism from the younger generation? Martin Ellis, Halifax housing economist spoke to Nigel Cassidy to explain the results.