Does China manipulate its currency? 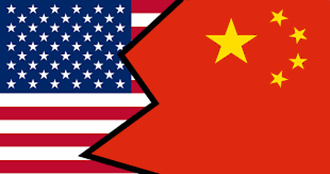 During an interview, Donald Trump called China the 'grand champion' of currency manipulation, causing a fresh row between the two countries. This allegation was rejected by a Chinese government spokesperson who defined the country as the 'grand champion of economic development.' To find out more about this, Share Radio's Ed Bowsher spoke to Professor Steve Tsang, Director of the SOAS China institute at London University.