Ed Bowsher is Share Radio’s Senior Analyst. It’s his job to look at difficult financial issues and explain them in an accessible way. You can often hear him on our ‘News Review’ at 9:30 where we discuss the big personal finance stories of the day – these could include the latest changes to pensions, new mortgage products and a host of other stuff.

Ed also frequently appears on our ‘Market Wrap’ show at 5PM where he looks at what has happened in global stock markets that day. Ed also presents our weekly look at the world of alternative finance, ‘Crowdfunders.’

In 2000 he turned ‘professional’ when he joined the new Citywire website as an investment journalist. Since then Ed has written for a wide range of financial publications including Lovemoney, breakingviews, and The Motley Fool, where he was UK Editor. Before joining Share Radio in 2014, Ed was Deputy Editor of MoneyWeek magazine.

He’s also written about a wide range of different financial topics, going from coping on a tight budget to stock market investing, as well as the intricacies of split capital investment trusts.

Regardless of the topic, Ed loves working at Share Radio because it gives him the chance to get to the heart of the big financial issues every day of the week. 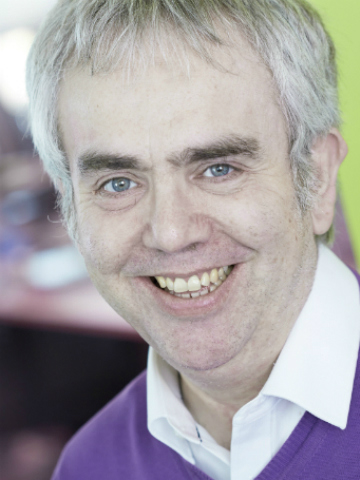