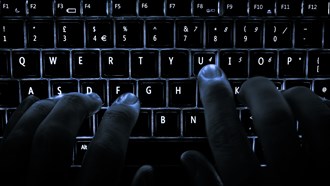 Businesses are not taking cyber security seriously enough, the Institute of Directors (IoD) has warned, with under a third of cyber-attacks being reported to the police. In a new report supported by Barclays, named: ‘Cyber Security: Underpinning the Digital Economy’, the IoD revealed that companies were keeping quiet even though half of attacks resulted in interruption of business operations. Professor Richard Benham is author of the report, and he discussed the digital economy.