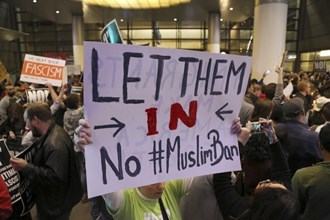 Now it's time to review some of the biggest political stories from earlier on Share Radio Morning. Sarah Pennells was joined by political journalist Natasha Clark to discuss US President Donald Trump's travel ban on people from Muslim countries. Sarah asked Natasha for her take on the implementation and the reaction of the ban.