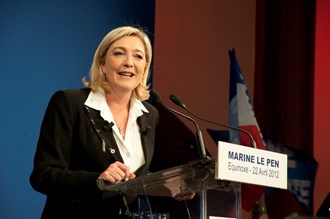 The next French president will be either National Front leader Marine Le Pen or the centrist Emmanuel Macron after the first round of election voting. Meanwhile over here, Jeremy Corbyn is going to repeat a promise to scrap the Conservatives' trade union legislation if he gets into Downing Street after the general election. To discuss all these political stories, Sarah spoke to Natasha Clark, Digital Westminster Correspondent at The Sun.
Published: Mon 24 Apr 2017
Schedule