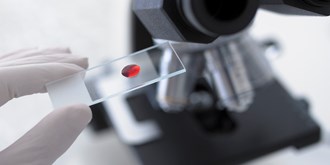 Last September Share Radio's Ed Bowsher spoke to Cameron Reynolds, CEO of VolitionRX - a diagnostics company developing blood tests for cancer. Current methods for detecting cancer tend to be inaccurate or people simply don't take them, but Volition hopes blood-based tests can pave the way forward. Cameron joined Ed back in the studio to announce some good news for his business: VolitionRX has received its first CE Mark, meaning that it is legally allowed to sell its products in Europe.
Published: Tue 03 Jan 2017
Schedule