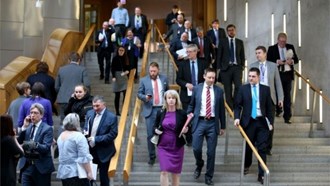 The Scottish Parliament has suspended a debate on whether to back Nicola Sturgeon’s demand for a second independence referendum following the Westminster terror attack. The vote, when it occurs, will trigger an official demand from Ms Sturgeon to the Prime Minister for talks over a Section 30 order, the legal mechanism used to transfer the powers to Holyrood for a referendum, preferably between autumn 2018 and spring 2019.But Mrs May announced last week that she would not allow another independence vote until Brexit has been negotiated and Scots can see how it has worked out. Maurice Smith, Share Radio's Scotland correspondent joined Nigel Cassidy to discuss this and the top news stories of the day.