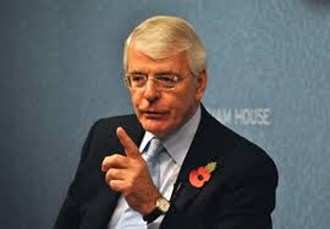 Sir John Major is urging Theresa May to use "a lot less cheap rhetoric" into Brexit negotiations. The former Conservative Prime Minister, who campaigned for Remain ahead of the referendum, says he's worried the exit deal will fall "well below the hopes and expectations" that have been raised. Here's a excerpt from the speech he gave to International Affairs thinktank Chatham House.
Published: Tue 28 Feb 2017
Schedule