The Business of Sport: The rise of AFC Wimbledon, Euro 2016's most valuable player & the state of European club rugby 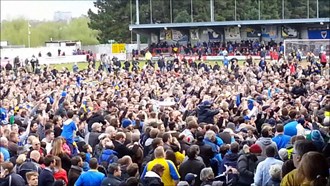 This is the Business of Sport, with Share Radio's Michael Considine. On this edition of the show: Joe Aldridge will speaking to the team behind AFC Wimbledon in the week where they were promoted to League 1, Eoin Connolly of Sports Pro will be giving Michael his thoughts on the state of European club rugby and ING's Ian Bright will be joining the team to crunch the numbers and tell us who is Euro 2016's most valuable player.
Published: Fri 03 Jun 2016
Schedule