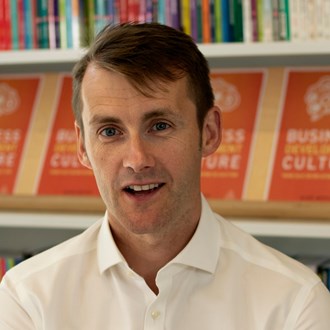 Alex Moyle was an early entrepreneur – he starting selling fizzy pop to his school friends aged just 11. He says he learned the three tenets of strong sales from a tennis racket salesman (you can hear what they are in this edition of Track Record!). He later became a tennis coach and says that also laid the foundations for his career in business development – that he enjoys coaching, inspiring and helping people achieve more than they thought. He runs his own company, Alex Moyle Learning and Development and has worked with major companies on training sales teams and latterly, helping organisations develop their unique company cultures. He’s a published author and accomplished workshop leader and speaker.