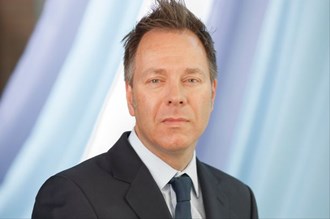 This week Sue Dougan is joined by the Group Chief Executive at Police Mutual, Stephen Mann. Stephen spent his early financial career with Aviva before joining Police Mutual nearly 9 years ago. He has a background in law, and an interest in law and order issues - he's trustee of the Police Memorial Arboretum Trust and a member of a key group with Her Majesty's Inspectorate of Constabulary.