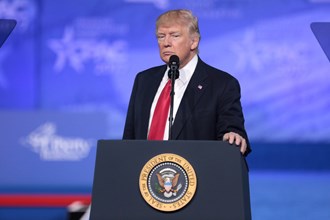 Trump has launched a missile attack against a Syrian airbase following the use of chemical weapons by President Assad's regime in Syria. Share Radio's Ed Bowsher spoke to Scott Lucas, Professor of American Politics at the University of Birmingham and Founder of the EA Worldview blog.