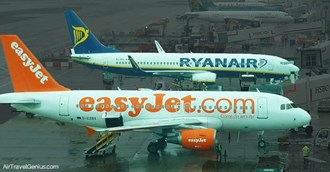 Airlines based in the UK could lose major routes if they don't move to Europe post-Brexit. EU officials say carriers including easyJet and Ryanair will need to relocate their headquarters or sell off shares if they want to continue flying within continental Europe. Regulations say airlines must have a significant base on EU territory and a majority of their capital shares must be EU-owned. Meetings have taken place between the airlines and the EU's Brexit taskforce last week. Thomas van der Wijngaart, an aviation expert at the legal firm Clyde & Co spoke to Share Radio's James Brydges.