'Superinvestors' reveals some of the most intriguing investing secrets of legendary investors – from early 20th century figures such as Benjamin Graham and John Maynard Keynes, through to modern gurus such as Anthony Bolton and Warren Buffett.

It's the first audiobook produced as part of a new collaboration between Share Radio and publishers Harriman House, written by Matthew Partridge and featuring some of Share Radio's well known presenters and broadcasters including Simon Rose, Fenella Fudge, Glen Thompsett, Ed Bowsher and David Ricardo Pearce (whose ancestor is included in Chapter 2).

When you place your order please enter Special Offer Code SUPER15 to obtain the discounted price of £15 for Share Radio listeners, and please ensure your pc/mobile/tablet has 500Mb space available: the audiobook is downloaded by WeTransfer.

Welcome to the ultimate guide to history’s greatest ever investors who have been picked for a variety of criteria including their investing excellence, the different ways in which they have made money - and above all for what they can teach individual investors.

TRY OUT OUR AUDIO SAMPLER

A wide range of investment styles are represented ranging from David Ricardo (who made a fortune by correctly predicting the outcome of the Battle of Waterloo) to the patient value-orientated approach of Warren Buffett. The book also looks at some important innovators including John Bogle and his development of index funds as a low-cost way of getting exposure to the market, and Edward O. Thorp and his data-driven approach which aims to avoid human emotion.

The audiobook looks at each of the investors' careers in depth. This includes their background, the strategies used to beat their peers and an honest evaluation of their success, using a special star-rating system. Naturally, the main focus is on their best investments. However, sometimes failures can be extremely instructive - so the audiobook also looks at those investments that didn’t quite go to plan. Finally, each chapter concludes by detailing the lessons that ordinary investors can learn from the superinvestor. 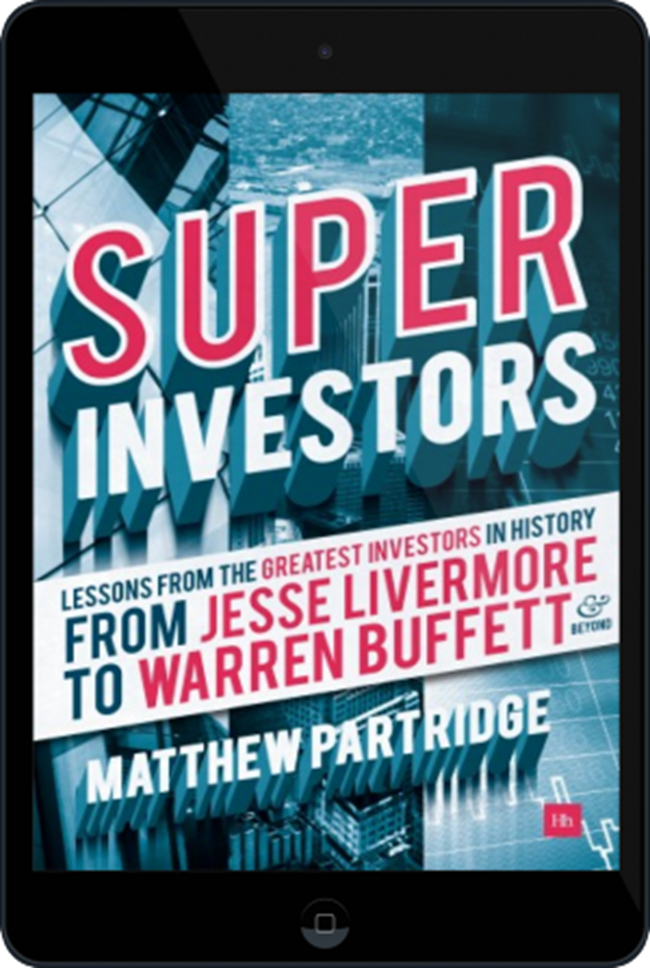