This is Money: How many state pensions have been underpaid? 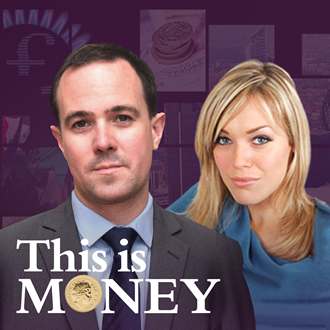 A This is Money investigation has revealed a string of women who have been underpaid their state pension, but are they just the tip of an iceberg? On this week’s podcast, our pensions agony uncle Steve Webb and pension and investing editor Tanya Jefferies tell the stories of the women paid thousands less in state pension over the years than they should have been - and discuss their probe into the matter. Steve estimates that there could be tens of thousands of women who have been underpaid state pension. This is Money has called for a full review, but the Department of Work and Pensions is reluctant to act other than on a case-by-case basis. Should more be done? Also, on this week’s podcast Simon Lambert and Georgie Frost discuss the reopening of the property market, who might be brave enough to buy and sell now, and what the forecasts are for sales and house prices. Estate agents Knight Frank predict a 7 per cent drop, while the Bank of England says property prices may fall 16 per cent, but agents claim that lockdown has created pent-up demand. And, as the furlough scheme is extended, we look at the implications of 7.5million people having 80 per cent of their wages picked up by the state and how Britain weans itself off that.
Guests:

This is Money: How much do you need to save into a pension?

We are regularly told that we aren’t saving enough into a pension, but how much is enough? A recent report suggested that while auto enrolment has dragged more people into saving for retirement, it has also lulled them into a false sense of security. Currently, the system means 8 per cent of a worker’s salary must be going into a pension – unless they opt out – but that includes their contribution, basic rate tax relief and what their employer puts in. Experts suggest that depending on when you start that number needs to be more like a minimum of 12 per cent or even 15 per cent. So how can you make sure you are salting away enough to live in the style you’d like in retirement? On this week’s episode Simon Lambert and Georgie Frost dive into the world of pension saving and the tricks you can use to get more going into your retirement pot. Also this week, they talk Brexit-proofing your pension, wills – and how to get one if you don’t have one, and what you need to think about if you are moving house to try to get your kids into school.
Guest:

This is Money: Those born in the 1980s are financially worse off than the generation before

This week, This is Money takes a look at a raft of inter-generation financial divide stories that have popped up in August. This includes why those born in the 1980s have less disposable income than those born in the 1970s according to the Office for National Statistics and why the Bank of Mum and Dad is creaking. Assistant editor Lee Boyce, reporter George Nixon and host Georgie Frost run the rule over these statistics, along with proposals to raise the state pension age to 75. This was from a right-wing think tank The Centre for Social Justice and has left many industry experts irate. We also discuss data showing that two thirds of older people say they feel hurt by the inter-generational financial criticism that they are lording it up at the expense of younger generations. We also talk metal bank cards – why on earth would you want one and who is offering them?
Guests:

Motley Fool Answers: How Much Do You Need to Retire? 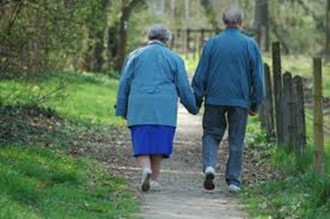 Saving, spending, planning — you've got money questions and we've got answers. Every week host Alison Southwick and personal finance expert Robert Brokamp challenge the conventional wisdom on life's biggest financial issues to reveal what you really need to know to make smart money moves. In this week's show, most of us have only a vague idea of how much we should be saving. Jeannie Thompson, Head of Workplace Solutions Thought Leadership at Fidelity Investments, explains the company’s age-based savings guidelines, the cost of health care in retirement, and how retirement planning can present more challenges for women.
Guests: 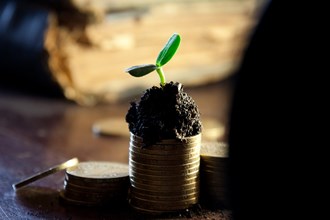 Saving, spending, planning — you've got money questions and we've got answers. Every week host Alison Southwick and personal finance expert Robert Brokamp challenge the conventional wisdom on life's biggest financial issues to reveal what you really need to know to make smart money moves. In this week's episode, it’s the July Mailbag where we answer your questions about dividends, deciphering your ROTH/traditional 401k components, buying on margin, how to find a financial planner, and more.
Guests:

This is Money: Getting in and Moving on

Georgie Frost and Editor Simon Lambert are joined by reporter Will Kirkman to talk property, getting in and moving on; living to 100 and whether your pension will last as long as you; Simon ‘shares’ his top tips that could bag you big and the trio don their flares and go back to the 70s.
Guests:

This is Money: Will there be a mis-selling scandal over final salary pension advice?

Two-thirds of savers are being told to abandon final salary pensions - and this is despite the Financial Conduct Authority saying that advisers should start with the standpoint this is not a suitable option. That revelation arrived this week as the FCA said too much advice on valuable pensions is 'still not of an acceptable standard.' Are people getting the right advice about their gold-plated pensions, or are they right to jump ship? That's the question tackled by editor Simon Lambert, assistant editor Lee Boyce and host Georgie Frost this week. Meanwhile, a reader discovers an old Post Office Savings Bank book from the 1960s – but what is it worth now and can you even take the money out. Premium bonds – how do you really find out you've won the jackpot? Britain has a net zero emissions target for 2050, but what are the best electric cars to buy now? And forget fantasy football, we reveal the details of our fantasy share picking game where the winner will scoop a giant £20,000 grand prize.
Guests:

This is Money: Going Green

Georgie Frost is joined by editor Simon Lambert and assistant editor Lee Boyce to talk about going green, giving you some useful tips and tricks that are good for the planet as well as your wallet. Also they'll be looking at why the hybrid car of choice, the Toyota Prius, isn’t just for Uber drivers and eco-conscious celebs. Plus…the team look at where the 40 something year old business owner with no pension should invest; continue to puzzle over the baffling state pension top-up system and ask just how far over the limit CAN you drive in your area before being issued with a ticket?
Guests:

This is Money: ISA special

This is Money in partnership with NS&I. Host Georgie Frost and Editor Simon Lambert are joined by assistant editor Lee Boyce for an ISA special. With the clock ticking on Brexit and the tax year, now is the time to sort your ISA or pension. However, you may already be too late as some banks and building societies have already pulled their market-leaders. Saying that, Lee has still manage to find his top cash picks for 2019. Plus Simon helps you how to get started on investing in an ISA and how to choose the best (and cheapest) SIPP. The team call in the experts to give their last minute fund ideas and they tackle the B-word – Brexit- and it’s potential impact on your money, especially older savers.
Guests:

This is Money: How to invest and save for your child to give them a bumper pot of cash when they turn 18

It might not be on the top of your to-do list when you have a child, but investing and saving for them to build a tidy nest egg for when they reach adulthood is best done sooner rather than later. In the latest This is Money podcast, editor Simon Lambert, assistant editor (and new parent) Lee Boyce alongside host Georgie Frost look at the best ways to save for your children. We discuss investment options, Junior Isas, a pension and other ways, and why 'the hardest step is the first, but it is also the most powerful'. Lee has a target of a £50,000 pot to build up for his new daughter ahead of her 18th birthday in 2036 – and discusses how he plans to achieve this, with a little help from Einstein's eighth wonder of the world, compounding. Elsewhere, we talk about how invest for your own retirement and Fidelity's 'Power of Seven' matrix, as it looks like the pensions dashboard is finally moving ahead. We talk about the collapse of online estate agent Emoov and the future of the industry with the Bank of England's latest Brexit predictions suggesting property values could fall 30 per cent in the worst case scenario. Finally, we reveal the latest British Gas rip off and whether could we have found the answer to expensive boiler replacements.
Guest: