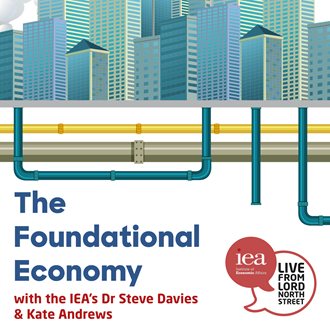 In this episode of the IEA podcast, the IEA’s Head of Education Dr Steve Davies walks the IEA’s Associate Director, Kate Andrews, through a relatively new theory called ‘The Foundational Economy’. This theory puts economic emphasis on material infrastructure in society - things like the water and sewer industries – and argues that these systems of provision have been undermined in the age of privatisation and outsourcing. Steve discusses the theory of the foundational economy, notes areas of support and criticisms, and highlights questions that arise from the theory: Is the British economy too London-centric? Have our politicians overlooked foundations of economic life and their importance? Should these services be delivered by the state?
Guest:

This is Money: New Year Special - the impact of last year's big stories and campaigns

Happy New NHS? Among last year's big stories was the 70th anniversary of our beloved health service and whether we are prepared to pay for it through higher taxes. Our campaign to out the rogue, sometimes criminal, private car park operatives began with a vengeance and will continue long into 2019. Editor Simon Lambert and host Georgie Frost also explain how to avoid losing your home because of inheritance tax. And are you ready to ditch your fossil-fueled car for an electric one yet? This story will run and run. Unlike the Range Rover Sport, which was judged to be the least reliable used car to buy last year. It's all part of our look back - and forward - over the big stories and campaigns of 2018.
Guest: 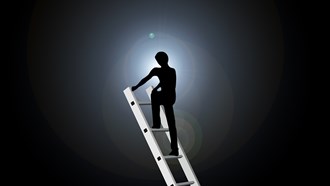 This episode of Policy Matters is a cross-over show in which hosts Franz Buscha and Matt Dickson are joined by the host of Economist Questions, Peter Urwin. As Peter is currently leading a large research project looking at young people’s pathways through education, Franz and Matt ask him about his own journey and how that affected his social mobility. They go on to discuss the problems that the Further Education system faces in providing both second chances for those who don’t achieve well at age 16 as well as higher-level training for those more suited to the vocational route. All this in the context of dwindling education budgets in general, and a lack of policy focus on the Further Education system.
Guests: 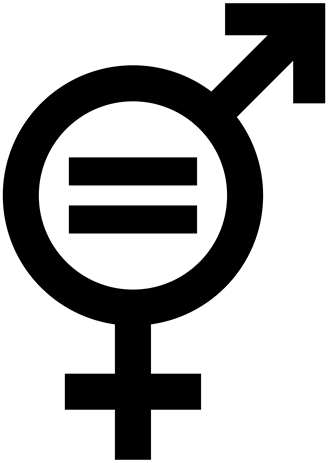 Highlights from four of this year’s interviews consider the theme of 'discrimination and disadvantage’. We have some 'Christmas Cheer’, as the interviews show how far we have come to improve the situation of women, people from ethnic minority groups, LGBT communities and young people from poorer backgrounds. However, the first interview with Dr Jo Blanden, shows how hard it is to make further improvements to the early years experiences of young people. In the second interview with Prof. Emma Parry, we see how research investigating generational differences risks stereotyping different age groups. Prof. Lisa Webley sets out the various waves of policy that have attempted to improve the situation of women and other groups facing discrimination, and continuing challenges faced by the Law profession, where improvements have been glacial in recent years. Finally, in the interview with Vicky Pryce, we see where this debate can lead - if things are not getting better with current approaches, Vicky argues that for women we need to consider the 'nuclear option' of quotas. These are the challenges for our New Year!
Published: Fri 21 Dec 2018
Listen Share Podcast

IEA: What does Brexit tell us about the regulatory state? 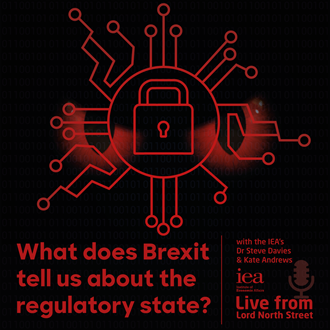 One underexplored aspect of the global economy in recent decades has been an explosion in the creation, issuing and enforcement of regulations. But is this emerging regulatory state necessary in the modern age, both to protect consumers and adapt to the changing needs of contemporary trade - or is this weight of regulation excessive and harmful to competition? Some even argue that such rules - often issued by unelected officials and removed from the electorate - represent a threat to democracy itself? Britain’s withdrawal from the EU has revived interest in these issues, since the UK may soon be extricating itself from a weight of historic regulatory rules dating back to the Maastricht Treaty. Yet increasing regulation is actually part of a global trend, with the US, China, and to a lesser extent, Japan also defining the trade landscape through their different regimes. Today, the IEA's Head of Education Dr Steve Davies makes the case that the regulatory state, and its push for harmonisation, is damaging competition. Back in 1970s Europe, he argues, you could determine good regulations from the bad by monitoring each country’s individual rules and regulations and learning from best practice. On our podcast today, Steve and the IEA’s Associate Director Kate Andrews discuss these topics and more.
Guest: 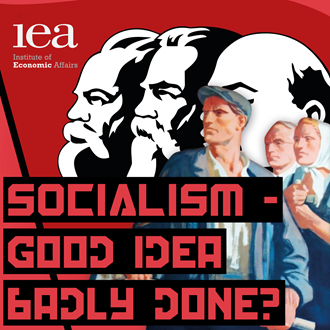 In this week's podcast, we were joined by the IEA's Head of Political Economy, Kristian Niemietz, the author of a recent paper which ventures into the realm of fiction to examine the fundamental flaws of socialism. Kristian and Editorial Manager Madeline Grant discuss the popular meme that socialism is a great idea in theory, but only fails due to bad implementation, or corrupt officials - as advocated by trendy millennial socialists today. Kristian debunks this idea, but explores how it has been extremely influential in art, culture and fiction over the last century. We look at why it has proven so compelling, and whether free marketeers need to do more to make the moral and philosophical case for capitalism - as well as arguing on raw economic grounds.
Guests: 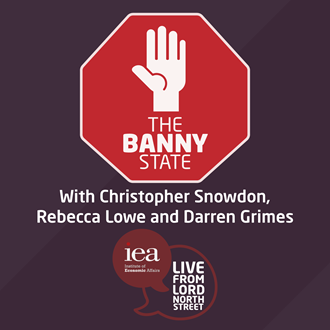 Have we reached peak nanny state – or as the Chief Secretary to the Treasury Liz Truss recently put it – peak banny state? Politicians seem to be sneaking in nanny state legislation through the back door, often in the face of hostile public opinion. Labour brought in a draconian smoking ban in 2007 despite its 2005 manifesto explicitly exempting drinking establishments that did not serve food. David Cameron made no mention of plain packaging in his 2010 manifesto and the sugar tax did not feature in his 2015 manifesto. These politicians violate John Stuart Mill’s famous principle that people should be free to do whatever they like, provided they harm no one but themselves. How did we get here? Joining me to discuss the banny state are the IEA’s Christopher Snowdon, Head of Lifestyle Economics at the IEA and the author of Killjoys, a critique of the health paternalism that has been adopted by governments around the world, and Rebecca Lowe, Director of the IEA’s initiative, FREER, which works to promote a freer economy and a freer society.
Guests: 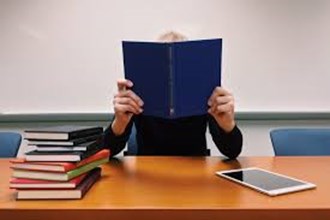 On our podcast this week, we’re joined by Sophie Sandor, an independent filmmaker and education expert, and Madeline Grant, Editorial Manager at the Institute of Economic Affairs. Interviewed by the IEA’s Digital Manager Darren Grimes, Sophie and Madeline take a look at state education in Britain – which currently operates in a near monopoly for all but the wealthiest. They look at why there has historically been so little room for innovation and disruption in the sector – and why educational outcomes vary greatly dependent on your household income. Finally, Sophie outlines policies which could invigorate education in Britain by promoting parental choice.
Guests:

Policy Matters: What can economists can tell policymakers about happiness? 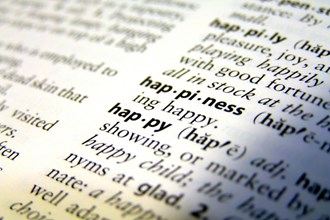 In this episode of Policy Matters, hosts Franz Buscha and Matt Dickson are joined by Dr George MacKerron, senior lecturer in economics at the University of Sussex. George is an expert in the economics of happiness and wellbeing and the man behind the ‘mappiness’ project. George explains the importance of looking beyond financial measures of individual and national wellbeing and discusses the extent to which the cliché that ‘money can’t buy happiness’ holds true. Franz, Matt and George then discuss the findings from the ‘mappiness’ project which collects real-time data on individual’s self-reported happiness, allowing detailed analysis of the activities that have the greatest impact on how we feel and the way this also depends on where we are and who we’re with. George goes on to explain a number of ways in which public policy can have real impact on individual’s happiness and wellbeing.
Guest: 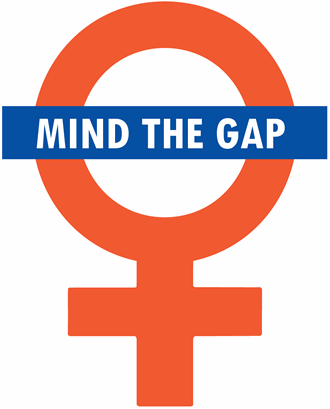 This year, Saturday November 10th was Equal Pay Day – the day the Fawcett Society calculates that women, on average, essentially start working for free, because of the gender pay gap. But Office for National Statistics calculated just a few weeks back that the pay gap is the lowest it’s ever been on record. Yet Equal Pay Day hasn’t moved. It’s the same day as it was last year. A new IEA briefing, written by Associate Director Kate Andrews and Chief Economist Julian Jessop, argues that this is a result of calculating the gender pay gap in order to obtain a figure nearly 60% higher than the official data. Kate Andrews has put together a podcast to provide ‘alternative listening’ for those who don’t want to engage in fear-mongering around women in the workplace. Kate brings together women from across the political spectrum, with diverse background and views, but who all agree on one thing – that’s that there’s a positive story to tell about women who work. She asks them all: ‘What positive message do you want to send to women today’, and also asks them for a practical policy proposal to help tackle the issues that working women still face.
Guest: