Are businesses 'sleepwalking' into disaster over Brexit?

According to new data from the Cranfield School of Management and the British Standards Institution businesses are 'sleepwalking' into disaster as Brexit approaches. They also found less than one-third of CEOs were confident of leading their firms to long term success. The report argues companies aren't taking enough risks because of 'rigid' ways of thinking. To discuss the findings James Brydges spoke to Howard Kerr, CEO of the British Standards Institution.
Guest:

30% of UK jobs could be at risk from automation. 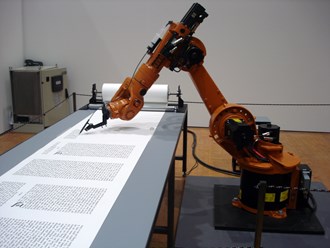 According to research from Price Waterhouse Coopers up to 30% of existing UK jobs are susceptible to automation with transport, manufacturing or retail amongst the most at risk. Whilst this might boost overall productivity it does present problems for those in some of the industries at threat. To find out more about the future of the job market with automation Share Radio's Tom Hill spoke to John Hawksworth, chief economist at PwC.
Guests:

This is Money: Pension blues

Welcome to the This is Money Show on Share Radio, brought to you in partnership with NS&I. Retirement just got more complicated this week with proposals put forward to raise the state pension age to 70 whilst further question marks hang over the triple lock. Pensions seem to be the subject of wider controversy though as we hear nearly a fifth of women are retiring without any personal or company pension. Saving up anything for retirement also got more challenging this week though with the latest inflation statistics. A temporary peak or will the Bank of England finally move on interest rates? Answering all this and more Georgie Frost is joined by Editor Simon Lambert and Consumer Affairs Editor Lee Boyce. Also this week we find out how banks and cheques are getting a 21st Century upgrade.
Guests:

How will the EU approach the upcoming Brexit negotiations?

Following Wednesday's attack, the Metropolitan Police's most senior anti-terror officer Mark Rowley has confirmed that nine suspects are currently in custody. Plus, with only few days left before Article 50 is triggered, what do we know about the EU approach to the upcoming negotiations? Share Radio's Ed Bowsher was joined by Asa Bennett, Assistant Comment Editor at The Telegraph, for all the latest political news.
Guest:

What happens to Trump's agenda if Obamacare repeal fails? 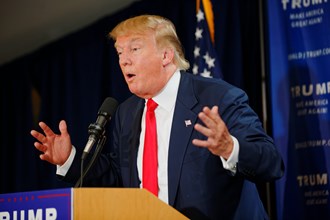 President Trump has given an ultimatum to Republicans to either get behind his healthcare bill, or he’ll leave Obamacare in place. The vote in the House of Representatives is expected for later today. To discuss this, Share Radio’s Ed Bowsher was joined by Scott Lucas, Professor of American studies at the University of Birmingham and Founder of the EA Worldview blog.
Guest:

London is putting together the pieces of Wednesday's terror attack - so far we know four people have died and 29 were injured, IS has claimed the British-born attacker as one of its own. But how did the attacker move from the periphery to terrorist so quickly? Tim Evans, professor of business and political economy at Middlesex University, joined Share Radio's Ed Bowsher for more on the story.
Guest:

US intelligence 'incidentally' picked up communications from Trump's team 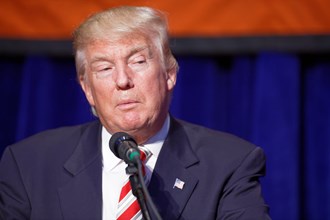 The Chairman of the House Intelligence Committee, Devin Nunes, said that US intelligence agencies might have 'incidentally' captured communications from Trump's transitional team following his election. Although, this doesn't back up claims that the Obama administration was behind the 'wiretapping'. To discuss this, Share Radio's Ed Bowsher was joined by Chris Gilson, Managing Editor of USAPP, the US Centre's daily blog on US politics at the London School of Economics.
Guest:

'We were as prepared as one can be', says RUSI expert

Wednesday's attack in Westminster was an "attack on democracy", according to the former chairman of Parliament's security and intelligence committee. It's been confirmed that the police has made seven arrests throughout the night in London, Birmingham and elsewhere. Share Radio's Ed Bowsher was joined on the line by Emily Winterbotham, Senior Research Fellow at RUSI - the Royal United Services Institute.
Guest:

Should the UK be 'relaxed' about reverting to WTO rules? 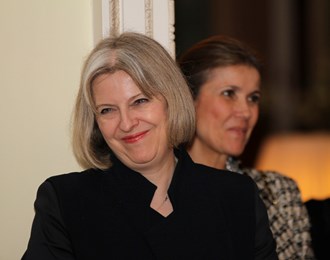 On the latest PMQs, Labour leader Jeremy Corbyn grilled Theresa May over education funding, accusing the Conservative party of breaking a manifesto pledge. Plus, Pro-Brexit ministers have said the UK should be 'relaxed' about leaving the EU with no trade deal and revert to WTO rules. To discuss this and all the major political stories, Share Radio's Ed Bowsher was joined by John Ashmore, Chief Reporter at Politics Home.
Guest: 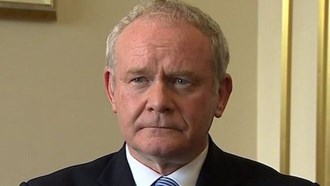 Northern Ireland's former deputy first minister Martin McGuinness has died at the age of 66. Once a commander in the IRA, he later took on a crucial role in negotiating the peace process as deputy leader of Sinn Féin - but what's his legacy? Plus Labour's underlying civil war takes a fresh turn. The Independent's chief political commentator John Rentoul joined Share Radio's Ed Bowsher for more on the day's big political stories.
Guest: