Litany of errors leads towards 'flextension' followed by half-life Brexit

“Never in the history of the British Isles has the island of Ireland had so much influence over the destiny of Great Britain.

The truth is probably that Theresa May is just longing to get her Withdrawal Agreement ‘across the line’ at any price, with any one, so that she can resign and take a long holiday with Philip this summer. Some might say ‘who could blame her’? But in truth she has only herself to blame for the current chaos. The sad fact is, though, that the country as a whole can’t just take that long holiday in the sun itself: the United Kingdom needs a sense of direction, and won’t find it in a half-life Brexit. 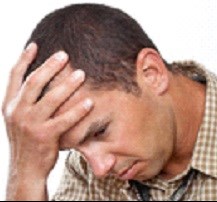 So this week, hands clasped over the head in desperation, we review the awful mess - from which we’ve now also removed the opportunity to call ‘Time!’ and all go home.

The extraordinary spectacle of calling for European Parliamentary elections in the United Kingdom with the intention that successful candidates should never take up their seats completed the transformation of April Fools’ Day into April Fool’s Week. Brexit has now turned into an ‘Alice in Wonderland’ scenario, where there is a huge excess of Mad Hatters and Magic Mushrooms. Donald Tusk has even invented a new word for coping with the chaos: ‘flextension’.

Contrast this with the smug images of Leo Varadkar being feted by Macron and Merkel, the latter actually visiting Dublin to show solidarity; and one really starts to despair of British political negotiating skills.

We now face the prospect of months, if not years, of indecision, followed by a Brexit half-life in which we will have no say over the regulations which govern us or the terms under which we can trade with other parts of the world. How indeed are ‘the mighty fallen, and the weapons of war perished!’

In these commentaries we try to be as constructive as possible, concluding with something positive. But it’s difficult to see any such positive solution here other than hoping that Theresa and Philip make an early start for their long holiday break.

Whether you describe it as dense fog or a storm of classic proportions, the best advice is to sit it out and wait for the dust to settle.

Stock markets and exchange rates don’t have that luxury, however: they need to keep adjusting to the changes and chances as they occur. Over the past few days, share prices have risen seemingly against the odds. Perhaps some investors are judging that ‘the darkest hour is just before dawn’. However it’s clear that those subscribing to ISAs before the end of the tax year are keeping their funds in cash, hedging their bets for the future. And it may well be a ‘Sell in May and Go Away’ year this time, although the Conservative party might be wishing that it could tweak that old adage a little - and point it directly towards Theresa.

Judging by the Sunday Times this weekend, they’re certainly looking ahead – and with good reason. Its table showing that almost half of Conservative voters are now over 65 years old is a major challenge for the future:

There is another old adage which says ‘if you don’t vote Labour in your teens, you haven’t got a heart, but if you don’t vote Conservative in middle age you haven’t got a head’, but the May years display outright complacency on this score: the age at which the average voter switches from backing Labour to the Tories has risen from 47 to 51 since 2017. There are some good ministers in the line-up, and it was encouraging to see some of them speaking up over this weekend – especially Matt Hancock – but the party urgently needs to move into the post-May era now.

Our campaign for a more egalitarian form of capitalism, more participative and with a real focus on empowering young people, is much better-suited to the ‘fair and free’ environment that most young people yearn for. And it is essential that within this is the experience of individual ownership (both property and disposable assets), and the responsibility that it engenders.

This is why the Conservatives should take a far more positive and determined approach to waking up the Child Trust Fund. It may have been a Labour innovation, but it is absolutely grounded in these principles of individual ownership and responsibility, and a more egalitarian approach to capitalism. There may not be that long to make this alignment: if the centre-left were to re-establish itself again, it would swiftly lay claim to this inheritance - witness the recent Child Trust Fund debate in Westminster Hall.

This Government therefore needs to get behind The Share Foundation’s campaign to wake up the Child Trust Fund across the United Kingdom, which is steadily building its team of CTF ambassadors. Its new leaflet is designed particularly for the 400,000 16-year-olds who are already allowed to take control of their investment accounts - but up to half of whom are unaware of their account’s existence. By the next scheduled general election in 2022 there will be over one million young voters who could have had the experience of owning their own Child Trust Fund: certainly enough to move that appalling 3.6% statistic in the table above.

It’s also the time for helping young people with managing their finances, as we do with Share Radio’s Managing My Money course; and that means introducing Financial Awareness into the GCSE line-up, so that the subject is properly taught in schools. It really is not helpful when Treasury ministers claim that it can all be achieved within the Maths curriculum: experience shows that this just doesn’t work.

At times of great uncertainty it’s important to prepare young people for all eventualities, and that’s what the Share enterprises seek to do. Over the past quarter, Share Radio’s listening volumes have risen by 38% - so it’s good to know that our contribution is of value.

An updated, but entirely subjective, view on ..

Locked in the EU by the island of Ireland

The Conservative Party must now focus on the young