“Many more families are going to lose loved ones.”

Notwithstanding much questioning of his integrity during the election campaign, some would say that Boris was brutally honest in his widely reported statement in last Thursday’s coronavirus announcement, a refreshing contrast to regulatory waffle and obfuscation. Building 'herd immunity', as opposed to lock-down and suppression of the virus, is now UK Government policy: aiming to delay and spread its onset over time, flattening the absolute number affected and preventing a recurrence during next winter. It’s a logical strategy, but it poses big risks to the elderly - as we drew attention to in our newsletter on 2nd March.

This policy calls for mass micro-kindness at the local level: but the pandemic is now threatening macro-disasters at the same time, in the form of the looming collapse of the airline industry and the spectre of an existential financial crisis in the Eurozone.

So in this commentary, after taking a look at how Rishi Sunak shaped up in his first Budget, we ask whether the European Union can survive the wave of international anarchy that coronavirus has brought about, before returning to the logic driving UK strategy, and the millions of acts of individual kindness which are now required to save our elderly and vulnerable.

As anticipated in last week’s commentary, Rishi Sunak concentrated on the big picture in his first Budget. His allocation of £30 billion to fighting the coronavirus compares well to the fighting funds set aside elsewhere, and the justification he gave for the £600 billion commitment to infrastructure spending - very low interest rates, destined to be with us for many years to come - will provide not only the expected post-Brexit stimulus but also much improved productivity.

However, in his Telegraph editorial on Friday 13th, Ryan Bourne drew attention to the abandonment of key principles of Thatcherism in that the Government has positioned the state as the major driver of long-term growth and innovation. Our own fears that the axe might be taken to entrepreneurs’ relief proved to be well-founded and underpin this concern, demonstrating a lack of recognition for individual risk-taking.

He also has done precious little to recognise either pillar of egalitarian capitalism: capital participation for all, and inter-generational re-balancing. It is the latter which poses a real risk for the Conservatives if large numbers of older folk are lost to the virus, since they form the bedrock of electoral support for the Party. In this respect, although the more than doubling of the annual limit for Junior ISAs will be welcomed by wealthy families, HM Treasury has totally failed to take up the challenge of the millions of Child Trust Funds lost to disadvantaged young people. This is a major opportunity lost.

But it is the medieval response to the pandemic in almost all countries outside the UK which is threatening the macro-disasters. In the days of the Great Plague, whole areas were sealed off in an attempt to seal off its spread. So it is now, with Fortress America deciding to haul up the drawbridge after several weeks of denial, and it seems that, notwithstanding Schengen, almost every country in the EU is declaring UDI and closing its borders. Meanwhile Christine Lagarde has refused further monetary help from the European Central Bank for fear losing the political assent of the creditor states - especially Germany – thus forcing countries like Italy towards a fiscal stimulus that they cannot afford.

Permanent damage will be caused by this total close-down, including destruction of most of the airline industry and of European monetary union. That’s why the stock markets have reacted so violently to the short-sighted application of six hundred year-old lock-down policies instead of listening to the scientists, as the UK Government is trying to do with its policy of pursuing ‘herd immunity’. 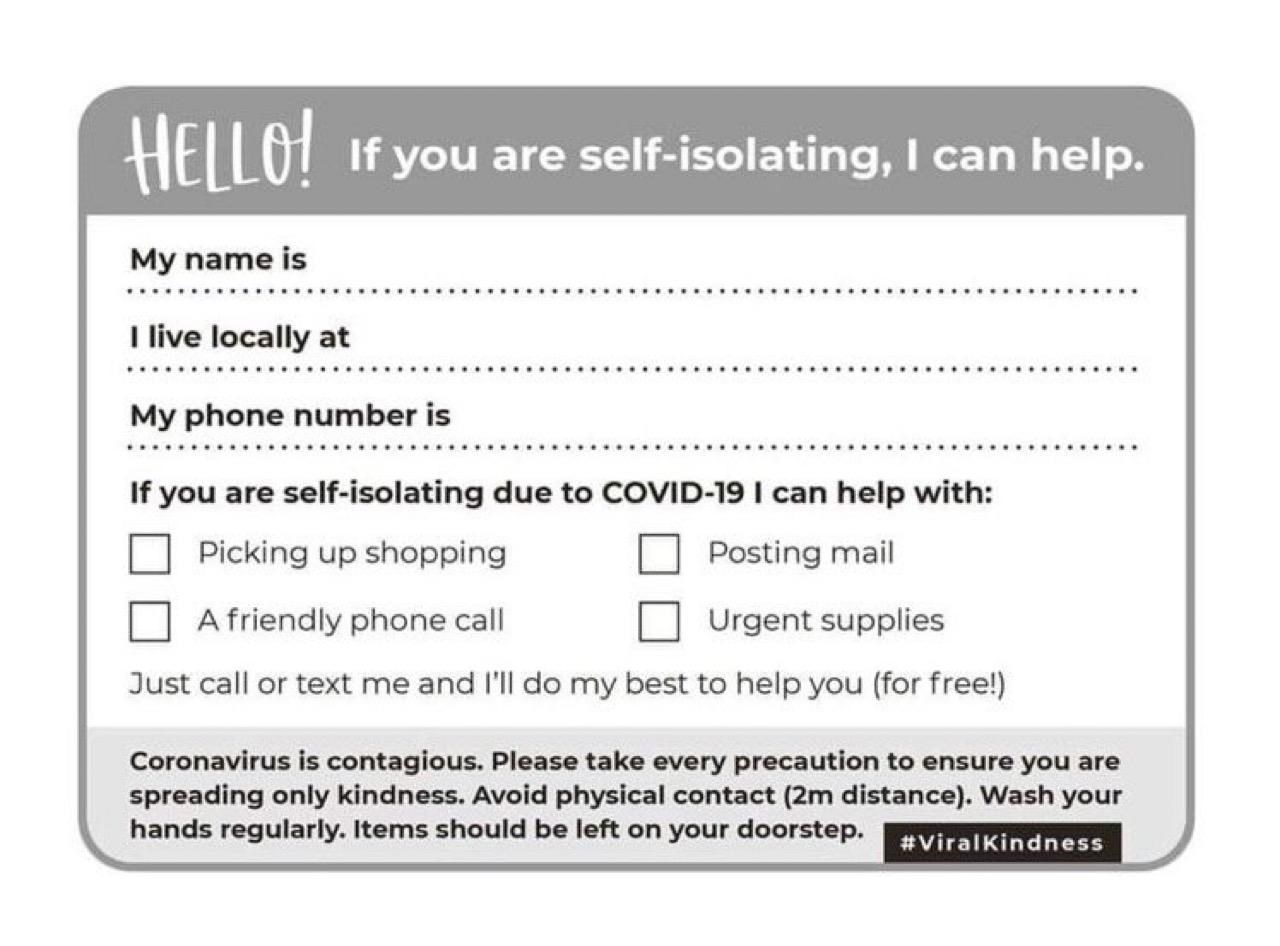 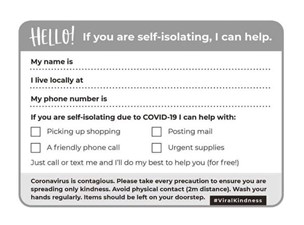 Of course, the UK policy is not without its risks, particularly to the old and vulnerable: that’s why we need those millions of small acts of individual kindness to support those entering into a prolonged period of self-protection, by staying in their homes. This little  card is a typical example of this, and the Church of England is moving swiftly to provide support with doorstep food and medicine delivery, maintaining registers of those in need and keeping in touch with regular telephone contact throughout the virus emergency.

The country most advanced with the lock-down and suppression approach is of course China, where the virus originated. Time will tell whether the apparent reduction in their infection rate will be retained when those lock-downs are lifted, as there may be little 'herd immunity' to provide protection when next winter sets in. There's a good simulation article in the Washington Post for those interested ..

In contrast, the main challenge for us in the UK will be to know how extensively we will have built up that natural immunity - I'm told that Vitamin C and garlic are particularly helpful in that regard - since there is so little testing being done. We may simply have to be guided by the number of deaths: and that’s where the brutal honesty comes in.

But if we can rise to the challenge of looking after our old folk in their time of need and keeping them safe, we should emerge much stronger to cope with the challenge ahead during the next 12-18 months as we wait for a vaccine to be developed.

Boris surprises us all with some brutal honesty ..

.. moving away from waffle and obfuscation

.. while we still need millions of small acts of individual kindness