The Inadequacy of GDP

“Small is beautiful: a study of economics as if people mattered.”

The business pages are full of the economic impact of the global lockdown, and all commentators are agreed that the impact on Gross Domestic Product (GDP) will be massive. Comparisons with the Great Depression are commonplace in the media, not that many of these commentators experienced conditions in the 1930s.

Life, however, goes on. A substantial amount of work is taking place, and in some respects - such as dispensing with a 2-3 hour commute to a place of work - many of us are significantly more productive than in a conventional workplace. It’s true that, for many, WFH (Working From Home) is cramped and uncomfortable, but there really is no comparison with the Great Depression in terms of real productivity.

The problem is that the economists are hamstrung by this thing we call GDP. So, in this commentary we call for a new approach to measuring the quality of life, which is the real productivity most of us are interested in.

A strange phenomenon occurred in the years leading up to the financial crash of 2008. The global economy was fizzing with activity, but there was no sign at all of inflationary pressures.

Historically, economic booms have given way to spiralling inflation which need high interest rates to bring under control. The economic bubble bursts, and then there’s a struggle to avoid a recession. 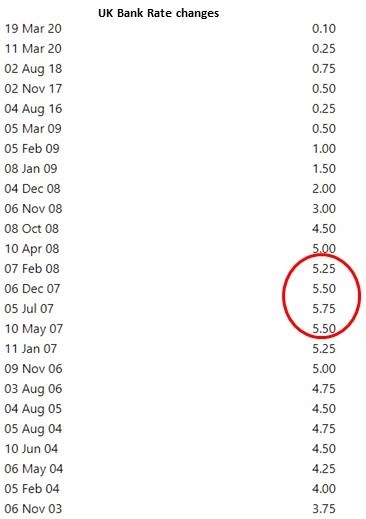 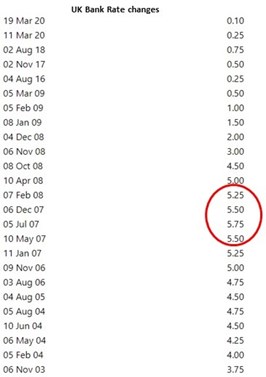 In 2008, the economic bubble was burst by irresponsible debt levels, not by inflation. Economists were taken by surprise: in the United Kingdom, there was a brief attempt to raise interest rates before the Bank of England’s Policy Committee realised what was happening, and reversed course swiftly to bring interest rates down.

At The Share Centre, we saw this phenomenon coming and took out a substantial interest rate hedge position to preserve our interest revenues for as long as possible: an ‘interest rate protection policy’ which protected c. £5 million of revenue in total over the next few years.

It was clear, even at that stage, that technology was presenting a major challenge to economics. Its unique ability to offer immense scalability in supply while at the same time de-monetising demand was totally re-writing the traditional rules of inflationary economics. Whether by presenting us with virtual products in the media and entertainment sectors, or by commoditising sales and delivery, we all experience an improvement in the quality of life without it showing up in GDP - very puzzling for economists!

So, when we talk of productivity today in the context of the lockdown, spare a thought for all the things we do in ‘normal’ working life which are thoroughly unproductive: such as spending up to three hours each working day travelling to work, compared with the 7 ½ hours spent with our sleeves rolled up. The economists are saying to us that WFH is likely to be 25–30% less productive than at the workplace - but that’s compensated for by less travel alone! But, of course, GDP won’t show that - the loss of travelling time is actually shown as a reduction in economic activity, rather than a productivity gain.

We urgently need a new metric for determining the progress of the human race, and it’s high time we look again for a Quality of Life Index - not in terms of health, but as a means of measuring human satisfaction and happiness. Wikipedia, as ever, presents some of the ideas for us - but we need much more than the musings of philosophers and philanthropists.

There are, of course, at least two dimensions which must be taken into account. The first is the inequality which give rise to real polarisation in quality of life, whether as a result of poverty, loneliness or cramped living conditions. Mind you, GDP has never done well in reporting on the polarisation of wealth and income: ‘Standards of Living’ (GDP per capita) across society is never analysed in depth in economic presentations.

The other dimension is what to do with the real debts and liabilities which will drop out of this virus emergency. On the whole, these are being centralised into government - which has to be a real improvement on the 1930s. For, if my argument about technology re-writing the rules of inflationary economics is right, there is no reason why centralised debt should not be taken into central banks and be written off - making it real helicopter money, with no inflationary backlash.

Both of these dimensions call for a new generosity of spirit, which is starting to emerge among people and politicians. I have long believed that the principal of ‘love your neighbour as yourself’ is deeply ingrained in the human DNA, whatever allegiance there may or may not be to faith. The surge of volunteering is proving that everyday in these strange times.

But the key point is not to get frantic about an economic disaster in the aftermath of the virus emergency. We may just find that we have learnt a lot through the experience, and are better equipped to cope with the challenges of life ahead in the 21st century, including the vexed issue of climate change.

Are comparisons with the Great Depression really justified?

How does Quality of Life relate to GDP?