“A confrontation in which no strategy exists that allows any party to achieve victory. Any party initiating aggression might trigger their own demise. At the same time, the parties are unable to extricate themselves from the situation without suffering a loss.”

Hats off to Liz Truss for achieving her first trade deal, with Japan!

It’s 7 ½ months since we last wrote about Brexit in this commentary - what a blissful relief! However, not even the dreadful news of 200,000 coronavirus deaths in the United States can stop Brexit forcing its way into this week’s offering, as we fast approach ‘last chance saloon’.

So please bear with us as we turn to the hot topic of 2019, before that year gave its name to the wretched virus.

It’s hard to believe that the strategy of ‘breaching international law’ by rescinding trade monitoring controls between Great Britain and Northern Ireland was dreamt up in just the last couple of weeks. I suspect it’s been planned for well over a year.

During 2019 - and even back into 2018 - we commented several times on the ridiculous demands hatched up by Leo Varadkar and his colleagues in Brussels, in trying to force the United Kingdom towards unification of Ireland as a result of the EU withdrawal process. We made reference to the open borders that France (in the form of French Guiana) shares with its neighbour Brazil (although I suspect few people are crossing that border currently, with the Brazilian Covid19 death toll standing at over 130,000).

I recall that on 29 July 2019 we advocated adopting a very tough position for the withdrawal agreement as we approach the end of the transition phase, in the event of continued unrealistic demands from the EU. 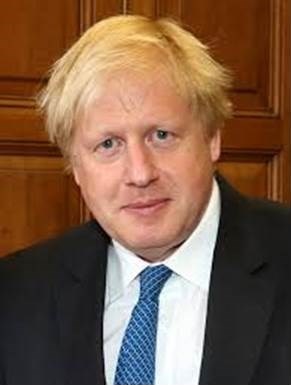 So here we are, and I do hope those ‘dozens of Tory MPs preparing new Brexit revolt’ (according to The Times last Friday) just back off as requested by their leader in his article in Saturday’s Telegraph, and see this ‘threat’ for what it is - the means of achieving a balanced and fair free trade agreement with the European Union.

The stakes are indeed high, and Boris Johnson is right to view the EU as a threat to the integrity of the UK. Of course, it’s not just Northern Ireland - the Scottish Assembly is flexing its muscles for another crack at an independence referendum, although I doubt they’ll get it this side of 2025.

Mind you, the Scots need to watch their own back: the Shetland Islands have just voted decisively to look at declaring independence from both Edinburgh and London.

Just at the same time as international trade is getting more and more challenged, countries are facing the threat of fragmentation: not a clever way to boost economic growth, at a time when it’s so challenged.

That’s why Liz Truss has done so well to conclude a free trade deal with Japan. Her previous ministerial responsibility was in HM Treasury, and I must confess to not being a fan of her insistence that financial education could just be included in the maths curriculum – but, I have to say, she deserves our congratulations now.

Japan may account for a tiny 2% of the UK’s current international trade, but as climate change clears the ice barriers from the Arctic Ocean, it will suddenly become much closer. And the current tensions over trade with China mean that we have to focus strongly on other partnerships in the western Pacific.

So how will the Mexican stand-off with Brussels be resolved? My guess is, notwithstanding Professor Tim Evans' expectations, that it will again be one of those ‘stretching the deadlines by a few hours’ events, where everyone gets totally exhausted and the weakest crack first - and I’m sure it won’t be Boris. What a way to run a continent!

But we’ve learnt a lot about the virus - sufficient to understand that we must take it very seriously: Worldometer still reports its awful statistics, rising every day. And the Government is absolutely right to prioritise the economy and education over socialising; the key challenge is to watch out for intergenerational - and international - transfer.

So I hope, when the British and European teams sit down to beat out who loses what in this Mexican stand-off, that they’ll all be wearing their masks. That way they’ll not only be able to shield themselves from the infection, but also be able to hide their smirks and grimaces as the metaphorical blood is spilt.

But I remain confident that whatever transpires in those final early morning hours, a deal will be reached. There’s too much at stake, especially for the European Union.

Liz Truss announces what will hopefully be just the first of a long list of trade deals to come, but is already recognised as one of the most important