The case for prioritising university vaccination

“What poor education I have received has been gained in the University of Life.”

Have you wondered what’s happening at the other end, when you see those black, name-labelled screens in a Zoom or Teams virtual gathering? Online meetings are a great way to keep things moving, but my confidence in their effectiveness received a jolt last week when, at a seminar with our local member of parliament, an undergraduate said that the majority of screens were blacked throughout the lectures he attended, and questions were very rarely raised at the end of the sessions.

We’ve now had nearly a year of virtual interaction, and we’re starting to see where it works and where it doesn’t work. Higher education is the vital bridge between school and business and, if it’s not working there, we need to take urgent action.

So in this commentary, adding to the clamour for vaccination priority, we put the case that university lecturers and students should be included.

There’s only one university in the United Kingdom which has mastered the art of virtual learning - the Open University. In all other cases, students travel from all over the country and indeed the world, and board locally. It is the ultimate engine for super-spreading a virus, and it’s no doubt one of the reasons why the past couple of months have been so difficult.

Universities know this, and their lecturers really don’t want the infection. They have therefore resorted to virtual learning in a major way, even though their enthusiasm to justify fees has resulted in their halls of residence being filled last term with students confined to their living quarters.

There seems to have been little effort to understand the impact on first-year students. For most, it will have been the first long-term absence from home - an alien environment, amongst strangers who they can’t meet. Their whole school learning experience will have been classroom-based; we all know that attending lectures and building a momentum for study means developing self-discipline, but when this is decanted onto a laptop screen and a Zoom connection, it’s hardly surprising that for many it’s a step too far.

The vibrancy of the young is vital to getting the country - and the world - moving again, and we cannot simply refer to the fact that they’re much less likely to die from the disease. They are suffering a real despondency at present, wondering what the future can possibly hold and, if they catch the virus, they are not immune from ‘Long Covid’.

Readers of this commentary will be aware of our view that one of the key pillars for achieving a more egalitarian form of capitalism is inter-generational rebalancing, and we support The Share Foundation’s programme of incentivised learning for young people from disadvantaged backgrounds. 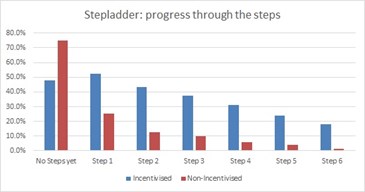 Shortly before Christmas, their first analysis of the effectiveness of incentivisation in the Stepladder programme became available, showing how the focus on earning very much encourages young people in care to progress through the steps of the course. The next stage will be to demonstrate its effectiveness in reducing the numbers of those who become NEET (Not in Education, Employment or Training) after leaving care as adults.

It’s this kind of initiative that’s needed to give encouragement to young people, in order to maximise their opportunity to achieve their potential. They’ll be the wealth generators and critical workers of tomorrow, and they need a solid foundation in these critical years of preparing for adult life.

Finally, and returning to the huge contribution that universities bring to inter-generational rebalancing, a new focus is being pursued at King’s College Cambridge in the form of a Stipendiary Research Fellowship in the economics of inequality. The closing date for applications will be Friday 12 February: if you know of anyone who might be interested, please pass on this information to them.

We’ll be re-visiting this four-year programme in due course, as it seeks to provide academic rigour for a more egalitarian approach to capitalism.

Can a university lecture hall buzzing with students really be substituted by Zoom? ..

.. and if names appear without video on an array of black screens: is the audience engaged?

King's College, in partnership with the Faculty of Economics at Cambridge University, is inviting applications for a four-year Post-Doctoral Research Fellowship for the study of issues related to Egalitarian Capitalism