Our human legacy — personal and species

“The evil that men do lives after them; the good is oft interred with their bones.”

In conversation at a curio/antiques shop over the weekend, I enquired what young people’s attitude was to buying antiques. “They're only interested in things if they have a utilitarian value” said the shopkeeper, and he cited an example of a large piece of Victorian furniture which sold for £6,000 a couple of decades ago and recently fetched just £20.

So it is with so much of modern life — we value the present much higher than either the past or the future; the latter because if we'd like our descendants to remember where they came from, we need to leave them a legacy, which we’re clearly not prepared to do.

So in this commentary we consider a range of areas afflicted by this timeline poverty — and we go on to show how this focus on the ‘now’ threatens the whole prospect of a legacy for our species as a result of both climate change and international aggression.

At a personal level, the digital revolution is leaving us all in jeopardy of losing family memories. Electronic images are great for immediate viewing, but they are invariably locked away behind passworded access in the cloud, along with creative writing and a host of information which could inform future generations about our lives today.

In the pre-digital age, diligent grandparents would set up photograph albums and libraries which charted their interests and their life, all of which would be accessible when they moved on. Now, passwords are lost and the electronic records locked away until Apple or Google decide to delete them as dormant files.

However — do young people care? Perhaps their focus on the present says that they are not interested in being the next conduit to the past. Perhaps the speed of change has accelerated past our ability to maintain an interest in memory.

In the Victorian age, magnificent public buildings were constructed to commemorate their achievements. While not all of these ‘achievements’ were things of which we would wish to be proud today, they did provide continuity and their listed status confirms that they are considered worth retaining today.

However we celebrated the Millennium in London by constructing a tented dome which has already been ravaged by a winter storm: the only buildings which will commemorate our time will be colossal office blocks like the Shard.

But this is not just a personal and cultural challenge — it also strikes right to the heart of human existence in the future.

We have more influence on the conditions of life of our descendants today than any generation of any living species since the beginning of time: it was not the dinosaurs who made the dinosaurs extinct. So you might think that we'd be interested to leave our mark for future generations.

But instead, we are threatening the very existence of our human species together with many other forms of life, in the full consciousness about our impact in bringing on a climate disaster.

I was recently at a meeting where the Bishop of Oxford was setting out this challenge and what the Church is doing in respect of its own responsibilities (quite a lot, in fact). He started with this extraordinary United Nations video, well worth a look on YouTube. The dinosaur addressing the audience makes the challenge confronting us crystal clear.

And yet, confronted by soaring inflation and the cost of living crisis, politicians across the whole spectrum (with the exception of the Greens) are calling for cutting fuel excise duty. What we should be doing is to welcome the increased profitability for zero-carbon energy generation, and to target our support more responsibly for those most in need.

Our commitment to the COP 26 plans cannot be varied according to the economic circumstances of the time. If we genuinely wish to leave a habitable world for our descendants, we must be consistently resolved to change — and all the more so, since both Russia and China appears to have so little intentions of making these commitments. 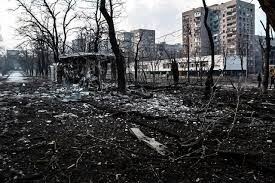 Which brings us to the final example of humanity wishing to do all it can to extinguish its own legacy: the extraordinary spectacle of Putin’s war in Ukraine, where total obliteration of human civilization appears to be the order of the day. He's already done it in Mariupol: now he's applying the same medicine across eastern Ukraine. Were the conflict to spread, there is no doubt that this strategy would remove human history and legacy wherever it goes.

Are we really a species which cares so little about our future generations? ‘Discounting the future’ has always been a part of economic theory, but it's supposed to help handle risks and uncertainties — not to remove care in what we will leave after us.

It is, indeed, a time when we need to start thinking more about loving our neighbour of tomorrow.

The digital revolution is leaving us in jeopardy of losing family memories. Electronic images are great for immediate viewing, but they are invariably locked away behind passworded access in the cloud, which could deny future generations about our lives today ..

.. meanwhile we're threatening the very existence of our human species together with many other forms of life, in the full consciousness about bringing on a climate disaster