Delivering an egalitarian transformation in the United Kingdom

“A country that works not just for a privileged few, but for everyone.”

Theresa May, on her arrival, and departure, as Prime Minister

The deluge of support for the Brexit Party should shake the established parties to their foundations, coming immediately after last Friday’s ‘notice to resign’ from Theresa May. It underlines not only people’s resolve to get on with a decision they took three years ago, but also that the underlying issues polarising wealth and influence within the United Kingdom have not gone away.

It is not a protest vote. It is a call for returning power to the people. It is a rejection of elites of all kinds: whether those permanent bureaucrats of the EU Commission, socialist cliques who claim to speak for the people but in truth feather their own nests, and the rich and powerful of the centre right.

Farage gets it, Farage symbolises it, and whoever is the next Tory leader must be able to welcome him when he is ready, with open arms: otherwise the Conservatives will be toast in the next General Election.

The only economic model which can deliver this revolution of individual empowerment is egalitarian capitalism: so please read on for our summary outline of the key points which ought to be in the manifestos of those who aspire to be the next Prime Minister.

An egalitarian approach to policy formation starts with the premise that, as Thomas Jefferson said, “all are created equal, with unalienable rights to life, liberty and the pursuit of happiness”. This means that an egalitarian government should not seek to impose solutions on people, but to encourage individual freedom based on equality of opportunity.

Every policy initiative should be tested against these dual yardsticks of individual freedom and equality of opportunity, whether in economics, business, local government, transport, etc.. . These are not principles to which just lip service can be given: they must be embedded deep in the DNA of government, and be tested regularly to ensure that they are not becoming smothered by that arrogance which is the Achilles heel of the politician.

Here are some examples, by department, of policies which could be driven by these criteria:

There are, of course, many other areas of public policy which warrant ‘individual freedom /equality of opportunity’ scrutiny, including the environment, migration and health and social care. Seen through the lens of these criteria, many changes could be made to current Government policy. 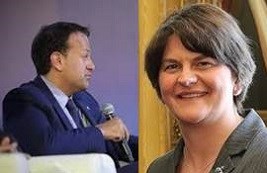 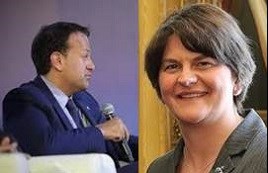 The word missing from all of the above is Brexit, and rightly so because we must ensure that we have left the European Union by 31st October, ‘deal or no deal’. My own preference is to invite Leo Varadkar and Arlene Foster to reach bilateral agreement on what should happen to the ‘Backstop’ and, if Ms. Foster cannot find an outcome satisfactory to the DUP, we should leave with no deal - and sort out our trading relationships with the EU after our departure.

The key point, however, is that we’ve now spent - some would say, wasted - three years focusing on Brexit since the 2016 referendum, and it’s now time to focus on the needs and aspirations of the British people.

Who is your preferred architect for an egalitarian society?