Conservatives focus on the future, as Corbyn harks back to the '70s

“All the ills of democracy can be cured by more democracy.”

(Please note that, as an online only broadcaster, Share Radio is not regulated by Ofcom and is not required to be politically impartial)

Those who watched the final ‘leaders’ debate’ on Friday evening, 6th December, will have been impressed by the clear sense of direction from Boris Johnson, in contrast with a swirl of protest statements and rather contrived fierce looks from Jeremy Corbyn - whose attempts to portray disciplined calmness rather easily give way to angry despair.

When we look back at this election, including the preceding three months, we will see the clear re-establishment of order and self-discipline in the Conservative party as one of its key features. Nowhere is this more evident than in Boris Johnson’s statement that all Conservative candidates have signed up to his Brexit deal with the European Union - a real contrast from Theresa May’s days in office.

What has been lacking in media coverage has been a good look into the driving principles from which political direction takes its lead. Of course, these could be just summarised as ‘socialism’ and ‘capitalism’, but we’ve learnt from the past 100 years that these are not sufficient to drive modern economies. So in this commentary we consider which can flex best in order to provide a vibrant UK, offering opportunity for all.

Jeremy Corbyn has a laudible sense of social injustice, although much of it appears somewhat theatrical: but he is essentially a believer in the oligarchy of communism. In particular, he looks at what China has achieved over the past 20 years and yearns for a similar dispensation of democracy here in the UK.

And it is true that China has achieved a great deal, although from a very different starting point and benefiting from a huge economic boost from Western developed nations. At the start, it was effectively a ‘third world’ country - mainly rural, and with a very low standard of living. So the generations of technocrats that have led the Communist Party there for the past three decades have been well placed to develop the country as the low-cost manufacturer for the developed world, taking every advantage from technology on the way.

Now, with standards of living almost equalised and people wanting more influence over their future, communism is creaking - as we have seen in Hong Kong.

None of these conditions apply to the United Kingdom, and if Corbyn/McDonnell were to try to impose a Chinese-style revolution - as they set out in their manifesto - it would fall flat on its face. Rising employment costs (for example, as a result of their four-day working week plan) and soaring government taxation on business and investors would drive companies and entrepreneurs out of the country, and that £85 billion annual expansion in government spending would have to be borrowed, or taxed from working people if the International Monetary Fund were called in again..

In contrast, Boris Johnson has let slip a number of clues about his driving principles. He is a ‘one nation Tory’ at heart, he believes in reducing the size of the state and lowering taxation, and he has stated clearly that he believes in equality of opportunity.

As he grows further into the role of leadership, I believe that we will hear a lot more of his ambition to transform capitalism, and that you will see many of the characteristics of egalitarian capitalism for which we have campaigned over the past three years.

It’s so easy for Corbyn to point fingers at wealth inequality at present, following a decade of rock-bottom interest rates driving up asset values for the rich - while so many appear to have nothing (but refer also to This Is Money’s programme on this topic). But income inequality has reduced, and the Tories’ ‘Centre for Social Justice’ is clear evidence of a social conscience in the Conservative party.

Intergenerational rebalancing is one of the key issues where we will see a real change in the coming years. Last Thursday, I attended an ‘Under 40 Forum’, looking at some of the big challenges in empowering young people. One of the most graphic challenges is the fact that, during the period between 2014 and 2016, 53% of 22-29 year-olds have no money saved in a savings account or ISA, compared with 41% in the period between 2008 and 2010.

You could, of course, make a political point here: contrasting Labour and Conservative administrations over those periods. However I would say that the key drivers for this substantial change were: 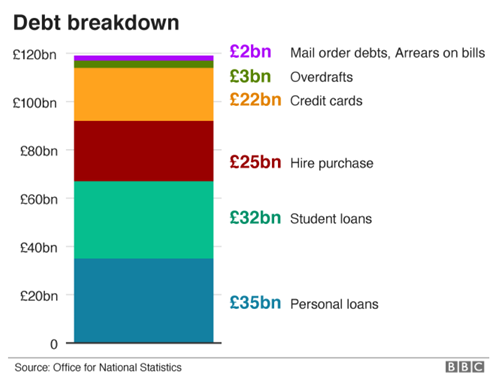 It is my belief that Boris Johnson will tackle this need to give hope and opportunity to young people over the years ahead. This general election will bring about one of the biggest changes in the parliamentary make-up for many decades, with a large number of younger MPs being elected who understand that, in order to give capitalism real stability into the future, it must change. It must become more individually accountable to the people, and it must accommodate intergenerational rebalancing - including the need to incorporate examined financial education into the school curriculum.

You can be sure that we will continue pushing in that direction, and look forward to working more closely with the new Conservative government, hopefully  with an outright working majority following this Thursday’s election.

.. should the inspiration come from Lenin and Mao?

.. or from Thomas Jefferson?