“All babies are born naked, but soon after some are dressed in expensive clothes bought at the best boutiques while the majority wear rags.”

So begins the book ‘Talking to My Daughter - a brief history of capitalism’ by the former finance minister of Greece. He points directly at the great Achilles heel of capitalism but, buried in this quotation, there lies the great opportunity to tackle it by intergenerational re-balancing.

In just four weeks’ time, the first of six million young people throughout the United Kingdom will get access to their Child Trust Funds as they reach their 18th birthday. For the next 8 ½ years, this radical opportunity to empower a generation of disadvantaged young adults will be with us. If it works, Gordon Brown and Ruth Kelly will have shown the world how to solve one of the greatest economic dilemmas: how to retain the vibrant wealth creation attributes of capitalism, whilst at the same time allowing each new generation the chance to benefit from it.

Giving young people some money with which to start life is, however, only half the story. The other half is to build that vital sense of ownership - and responsibility - which comes with learning financial awareness. So in this commentary, after providing a range of recent analysis on why this is such an urgent problem, we show how incentivised learning can provide the same breakthrough for young disadvantaged people in developed countries as micro-finance has done for poverty-stricken adults in India and Africa. 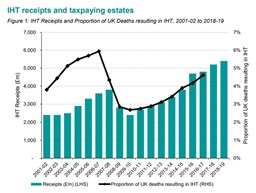 There is a big problem with economic demographics: wealth is hugely concentrated in the old but, because birth rate is inversely proportional to wealth, there are not many young in their families to benefit from their inheritance. So when wealthy old people die, governments stand ready to seize a large proportion of it as Inheritance Tax: but, unlike Gordon Brown, they don’t currently distribute those receipts to disadvantaged young people. Instead, they burn it off as current public expenditure – an inherently socialist and entirely unproductive process for future generations.

There have been a number of studies which spell out this challenge in detail:

We must therefore do intergenerational re-balancing if we want a vibrant capitalist economy in the future - the only other solution is socialist deployment of wealth by governments through public expenditure, as the ruling class see fit.

That’s why the Child Trust Fund is so important, and we hope that it will not be long before the UK Government re-introduces a similar scheme (on a more progressive basis). However, there is one additional ingredient we’d like to see in it - Incentivised Learning.

The reason that micro-finance works so well is that it’s based on loans, not grants: so beneficiaries build a sense of accountability and responsibility. This is the difference between ‘give people fish and you’ll feed them for a week – teach them how to fish, and you’ll feed them for a lifetime’. Incentivised Learning does the same – we’d like to see a new Child Trust Fund (or whatever HM Treasury chooses to call it) started with £1,000, with an additional £1,000 at age 7, then - critically - with £3,000 more to be earned between ages 15 and 17 as a result of progressing through a programme of life skills and financial awareness.

The Share Foundation already does this for young people in care, who can earn an additional £1,500 in their Child Trust Funds by taking the six step ‘Stepladder Plus’ programme. It’s already in operation in 20 local authorities throughout the United Kingdom, and the contrast in progress between the incentivised and standard versions is dramatic. Incentivisation builds a real sense of ownership and accountability.

All financial services should sit up and take notice of this major initiative to develop a new, young generation with financial awareness and assets. The ONS chart (figure 5) shows how ownership of financial wealth only rises above £50,000 in the 8th wealth decile in the UK. We may like to call these people the ‘mass affluent’, but in honesty we should call them the ‘affluent few’, and particularly when you apply age disparity to their numbers.

The young are the future for our country and the world - we must endow them and empower them so that they can deliver fair and just opportunities for all in the future. It’s nearly 100 years since Antoine de Saint-Exupéry wrote these words in the epilogue of his book ‘Wind, Sand and Stars’, but our opening quote from Yanis Varoufakis shows that nothing much has changed. We must do better from now on.

The opening chapter of his book 'Talking to My Daughter - a brief history of capitalism' poses the challenge 'Why so much inequality?' ..

for the Child  Trust Fund scheme, supplemented by incentivised learning, may have the solution for young people worldwide, just as microfinance is bringing hope and opportunity to so many adults

.. the founder of microfinance, which has transformed the lives of so many across India and Africa