Liz Truss gets us off to a flying start

“The EU and UK agreement could ignite a dramatic economic recovery, as long as we rediscover timeless and useful principles”

Understandably, all the focus has been on EU trade over the past fortnight, and there is no doubting that Boris and Lord Frost have delivered a masterstroke of negotiation in clinching the deal on Christmas Eve. 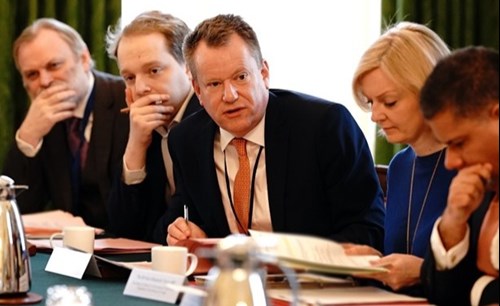 But the wider international focus is also vital for the United Kingdom in the years ahead: in 2002 our non-EU exports stood at 46%, but that share had steadily increased by 24% to 57% by 2019.

So, as business starts to flex those exporting muscles again as we move into 2021, in this commentary we acknowledge the huge progress made by Liz Truss’s Department for International Trade.

Let’s start with the summary of what’s been achieved to date:

In addition to these, there are of course a range of further countries on which information is pending, including China, India and Russia - the total trade value in remaining countries was £334 billion in 2019.

But when you consider where we were at the end of 2019 - still in the EU, and having not experienced international trade negotiations for over 40 years - this is an outstanding achievement.

Our focus now must be to make full use of all this progress, and to get business moving. There’s certainly plenty of capacity, with so much trade held back by the pandemic.

Meanwhile UK financial services and regulations need to explore the scope for more harmonised delivery, with particular attention to the new US administration under President-elect Joe Biden. The disparity between US and EU financial regulation has long been a bone of contention, and we need to explore how the UK’s ability to chart the future gives a scope to move towards better integrated and international securities markets.

It’s worth bearing in mind, in this respect, that most large businesses are multi-national in employment, customer base and ownership: and yet we struggle with both employee and customer share ownership because the regulatory framework is so fragmented. Surely our new-found freedom will allow London to take the lead in drawing together a structure for financial services which follows in the footsteps of Liz Truss’s achievements in international trade.

Another sector where we have major international opportunity is higher education. The pandemic has shown us how effectively this can be delivered digitally, and with the Open University we already have built an impressive remote learning capability: since the OU’s launch in 1969, more than 2.2 million people worldwide have achieved their learning through the university.

Our great asset is a common language with so much of the world beyond Europe: we should exploit it to the fullest extent possible.

I have a lot of time for George Trefgarne’s commentaries, and his post-ETCA (European Trade and Co-operation Agreement) contribution, headed up with the quotation at the head of this newsletter, compliments the Government on its achievements. He does, however, refer to two significant risks – inflation (unlikely in my view, due to the technological revolution), and the need for economic and institutional reform. The latter is a concern, particularly with the continuing pressure for Scottish nationalism to which I referred last week.

However, he is right to welcome the prospects for UK plc - now we just need to deliver them.

.. you may have heard much less from her and her work in international trade than of Brexit, but her progress has been impressive