Evicted and impeached by Covid

“If a free society cannot help the many who are poor, it cannot save the few who are rich.”

The title of our commentary on 2 March, was ‘Will the United States see a harsh economic upside to coronavirus?’. In retrospect it should have the word ‘political’ substituted for ‘economic’. The presidency of Donald Trump has progressively descended into chaos as the past year has unfolded: without the awful shadow of Covid-19 it is very unlikely that we would have avoided a Trump second term, as the charts in this commentary show.

When John F. Kennedy was inaugurated 60 years ago, he called for a global alliance to combat tyranny, poverty, disease and war. We will hopefully avoid the latter during the last week before Joe Biden’s inauguration, but all three other pestilences are rampant in Trump’s legacy.

So in this commentary, as we prepare to see him exit the political arena for which, as a property magnate and media celebrity, he was totally unprepared, we ask: what is the key ingredient for ensuring the American ideals of freedom, morality, law and education, which were set out 400 years ago when the pilgrims set foot in Plymouth, Massachusetts?

It’s hard to see how Trump would have failed to be re-elected if unemployment were continuing to fall, as a result of his throwing traditional Republican budgetary caution to the winds in order to stimulate the US economy. The table in the right-hand column shows the relentless rise of the public deficit.

As planned, unemployment fell steeply in the overheated economy .. 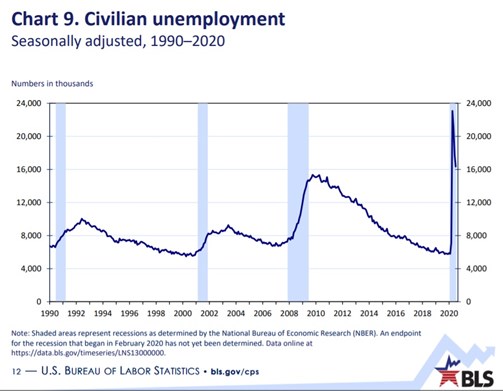 .. and not surprisingly Trump's approval ratings held up and indeed increased over the four years of his administration. All that public spending had precisely the desired effect until March 2020: 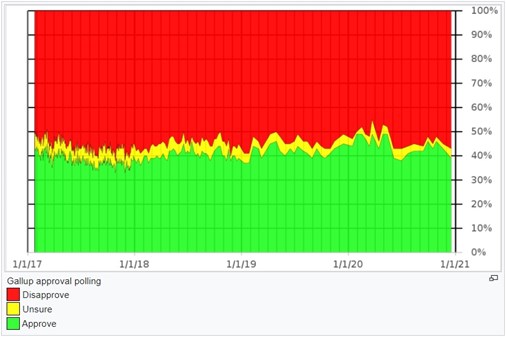 Then, as the virus hit, unemployment returned with a vengeance and Trump’s rating fell back, almost exactly matching his failure to respond to the onset of coronavirus, from the perspectives of both the economy and the nation’s health. It will be interesting to see how much further that has plunged as a result of his behaviour in Washington last week. Needless to say, the deficit – already over $1 trillion before Covid – presents an even greater challenge now. 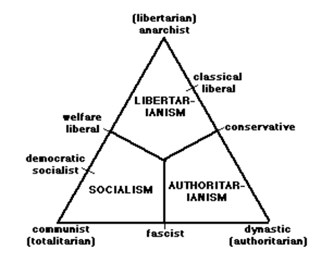 Students of politics will struggle for years to fit Donald Trump into any coherent understanding of politics. One diagram which sets out an analysis of political systems is included in an academic paper by RJ Rummel of the University of Hawaii, and it is helpful to see the totalitarian and the authoritarian set alongside each other on the baseline. Meanwhile many would recognise the need to find freedom in libertarianism, but is the peak of this really to be found in anarchy?

What we saw in Washington last week came close to anarchy, but it was not about freedom. It rather reflected the tyrannical rabble-rousing of a leader consumed with delusions of his own self-importance. It had more to do with fascism than liberty, and the images of the violent frenzy of the mob showed a crowd intoxicated with charismatic enticement, the complete opposite of individual liberty.

He deeply understood how those four ideals of freedom, morality, law and education are the ways to tackle tyranny, poverty, disease and war - the four horsemen of the apocalypse, of which we wrote on 9 November following the US election.

But the vital additional ingredient which guarantees their effectiveness is individual respect for others: a respect which cannot be delegated to any form of intermediation, be it provided by state, or commercial, or charity. It is this respect for the individual, by the individual, which is the missing ingredient in RJ Rummel’s diagram, without which all political systems are doomed to fail.

The Plymouth brethren understood this, and that’s why the statue which stands above those four ideals symbolises faith. For at the heart of faith is the second great commandment, to love our neighbour as ourself: whoever they are, wherever they come from. And, at the end of the gospel of St. Matthew, there is this clear statement: ‘whatever you did for one of the least of these brothers and sisters of mine, you did for me’.

The self-centred egotism of Donald Trump is the complete opposite of this, and those of his followers who claim to be evangelical Christians need to understand it.

We don’t have much for which to thank Covid-19: it’s brought death, suffering, and economic chaos in abundance. The chart below records another ghastly fortnight of national failure amongst those countries with the honesty to own up to it. However, while it is indeed a harsh experience, there’s no doubting that it has had a political upside.

analysis based on data from Worldometer

.. of tyranny, poverty and disease ..

with that of John F. Kennedy: freedom, morality, law and education

As we prepare for Joe Biden's inauguration next week, here's JFK's speech on 20 January 1961

Federal Deficit during the Trump administration

National Monument to the Forefathers