“After years of discussion, G7 finance ministers have reached a historic agreement to reform the global tax system, to make it fit for the global digital age.”

Saturday's announcement of a G7 agreement on international corporate tax is indeed a massive achievement. Paradoxically, this has been made possible by the very organisations most adversely affected - the tech giants - and the initial response from some of them has been particularly welcoming.

Of course, governments should have reached this point decades ago; the use of tax havens and avoidance has been rampant within international business since long before the tech giants started business. However national self-interest has always stood in the way until now.

So in this commentary we look at how the technological revolution has swept all before it, and at a couple of other areas in which international agreement would be warmly welcome.

In my final year at university (in 1971), I recall writing a thesis on multinational corporations. It was already clear what immense potential there was from structuring businesses to stride the world and, over the past 50 years, many of these giant corporations have outgrown most nations in their market capitalisations and influence.

The tech giants have, however, taken this into a completely different league, being almost blind to the restrictions of national boundaries. On 15 January 2018 we charted the scale of their stock market values against national GDP, and this has moved on massively since then.

Meanwhile they have naturally used national differentials to minimise tax: hundreds of $billions of profit are wholly untaxed, contributing nothing to the social fabric of the nations where they earn their revenues.

The G7 finance ministers envisage that some 100 multinationals with profits of more than £2 billion per annum will be subject to the new global minimum corporation tax of 15%.

The momentum behind the new agreement, which must now move to the G20 summit later this year, is particularly due to tech giant transformation, and thank goodness some of these businesses have shown their maturity by welcoming it.

It's also important to recognise that, while the momentum which brought about the change is due to the huge scale of these multinational tech giants, the catalyst for action has been the Biden administration in the United States. Under Trump's ‘Fortress America’, it’s highly unlikely that such a breakthrough would have occurred.

There are two other areas in which international convergence would be greatly welcome and, for both of these, we should also look to America for action.

The first is financial regulation, which has been stubbornly resistant to international consensus for decades. Both of the key principals driving investment - companies, and the people looking to invest in them - want and need to access international opportunities. But, apart from the European Union whose approach to financial regulatory convergence resembles a steamroller, nations have been notoriously reluctant to seek convergence. The United States, in particular, applies a ‘border-control’ approach to international investment which makes access particularly difficult. 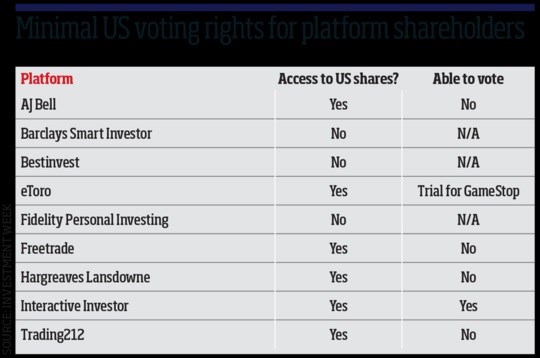 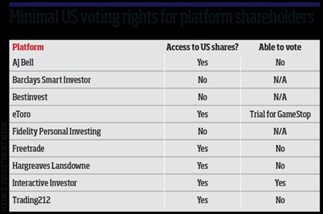 At the personal investor level, only Interactive Investor has a demonstrably effective service which enables investment across the wide spread of American businesses, and it's interesting to note in a comparison on platform US voting rights from Investment Week that only ii provides voting rights on US stock held by British investors.

The second brings us back to the tech giants, and the opportunity to reward their storage and harvesting of customers data with holdings in their equity stock. We have written at length on this concept, also a key part of our egalitarian capitalism proposals. However, in order to put it into effect it would require both American goodwill and a degree of financial regulatory convergence.

Rishi Sunak deserves his moment in the spotlight in chairing this ground-breaking G7 finance ministers’ meeting, and Google and Amazon should be congratulated on their positive response.

After millennia spent drawing national borders and focusing on the differences between us, the technological revolution is driving home this central point: that the human race can be viewed as one, and that people respond positively to the opportunities that this convergence can offer.

.. and greater information sharing between countries to make it more difficult for multinationals to shift profits offshore artificially in order to pay little or no tax

The G7 finance ministers, chaired by Rishi Sunak, rise to this challenge ..

.. with a ground-breaking agreement which will be submitted for G20 approval later this year